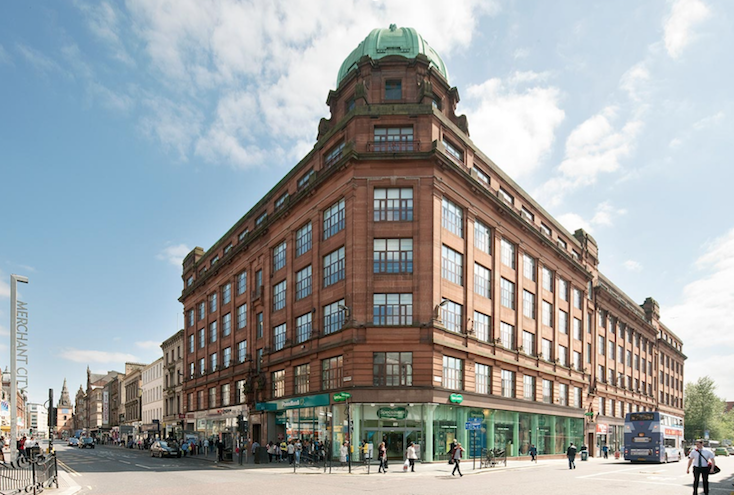 A £7m investment by Ambassador LB at its three commercial buildings in Glasgow will deliver 60,000 sq ft of Grade A offices.

Investment into Scottish offices marks a 96% increase on the historic first quarter average volume with £342 million transacted in Q1 2018, according to the latest research from property adviser Savills.

Strong investor demand for Edinburgh against a lack of opportunities sees prices continue to inch up, notes the firm, with prime yields moving in a further 25bps (basis points) to 5% in the first three months of 2018. This sees the gap between Edinburgh investment opportunities, and those in the South, narrow, says Savills, with the Scottish capital now on a par with Leeds and Bristol for the very best space.

In Aberdeen, 2018 has seen higher levels of office investment during the first quarter (£131 million) than in the previous two years and it marks the strongest year of overseas iinvestment into Aberdeen on record. The headline deal was LCN Capital Partners’ £112.5 million acquisition of Aberdeen International Business Park, representing a 6.9% yield.

New data highlights the significant gap between the number of purpose-built rental properties in Scotland and those being constructed in different English regions.

According to the Scottish Property Federation, figures at the end of Q1 2018 show that for every build-to-rent (BTR) home in Scotland, North West England has nearly 10.

The research, compiled by Savills on behalf of the British Property Federation, calculated that Scotland currently has 3,365 BTR homes complete, under construction or in planning. In comparison, the North West has 29,600, the South East (excluding London) 7,101, the West Midlands 6,378 and Yorkshire and The Humber 5,131.

Across all areas of the UK including Scotland, the data shows that this sector of the housing market has grown by 30 per cent in the past year.