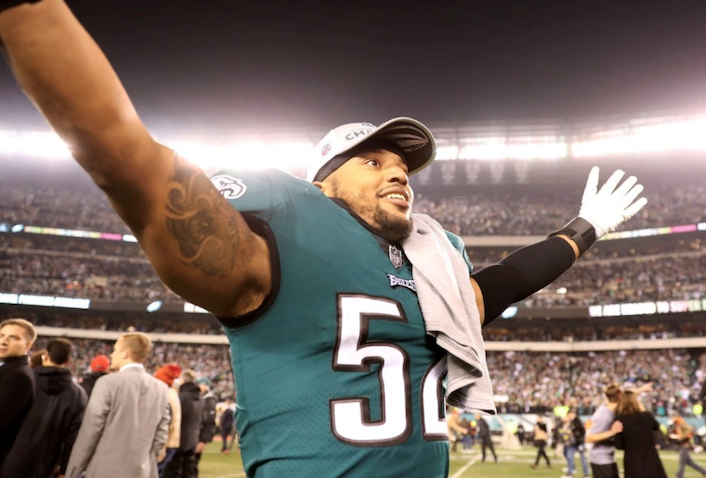 Scottish company leaders will get a chance to learn how to be a winner from one of American football’s new stars.

Philadelphia Eagles linebacker Najee Goode, who played in his team’s triumph in the National Football League (NFL) Super Bowl, will touch down in Glasgow next month to talk tactics on business success.

Najee is also co-founder of VEEPiO, a mobile technology platform that has been dubbed “the future of ecommerce” by a leading US business organisation.

Najee and business partner, Jonathan Ohliger, will be sharing the stage at the Entrepreneurs in Residence event, Without Limits, on 19 April.

Also joining the line-up of speakers is former Scottish footballer Raymond Logan who will share his journey from professional athlete to serial entrepreneur in a range of industries including financial services, technology and property in the UK, the US and the Philippines.

Further inspiration for the audience will be provided by speaker Judy Naake, investor and founder of the UK distributor of luxury celebrity tan brand, St Tropez.

She was so confident in her product that she sunk all her savings in to the business, leaving her struggling to pay her gas bill. Today, having sold the company a few years ago, she is reported to be worth an estimated £30million.

She will be joined at the event by her son, Lloyd Naake, who has made his mark in the beauty industry, having founded Airbase, a silicone-based airbrush make-up brand sensation designed by Oscar-nominated make-up artist, Ann Buchanan.