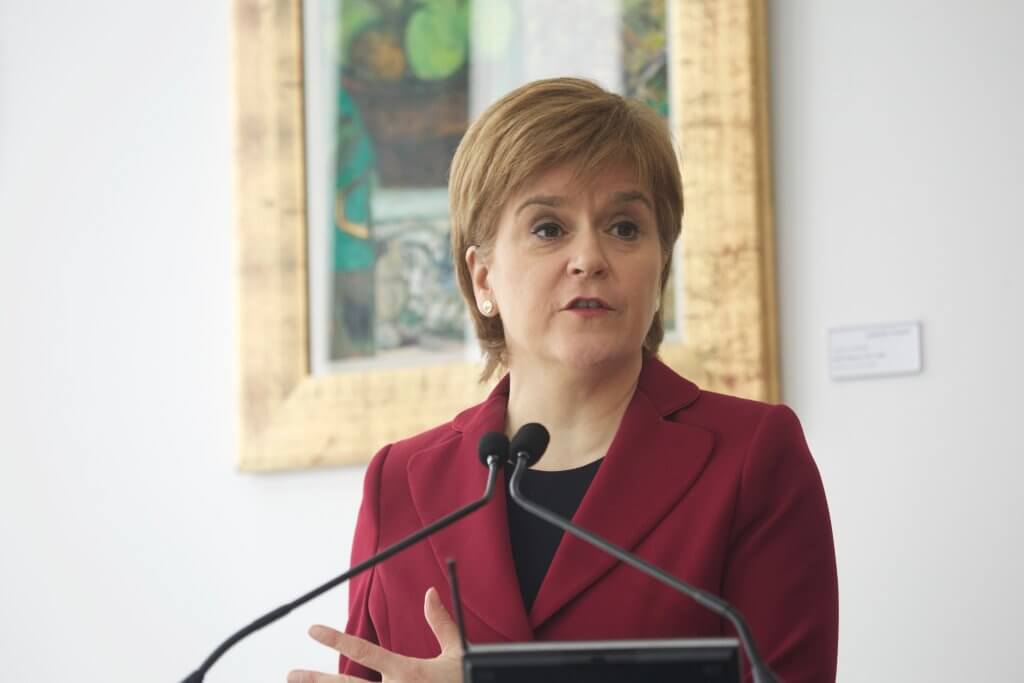 First Minister Nicola Sturgeon is expected to unveil further details of the Scottish government’s energy strategy when she addresses a gathering of renewables experts in Edinburgh.

The strategy, published in December, will be a hot topic at the conference, particularly because of the ambitious new target that half of all energy – for heat, transport and electricity – should come from renewable sources by 2030.

A particular focus of attention will be the government’s plans for a publicly-owned energy company.

Ms Sturgeon told the SNP conference last October that the new company will buy its energy on the wholesale market or generate it in Scotland from renewable sources.

She will deliver the keynote speech at the Scottish Renewables annual conference at the end of this month when the future of Scotland’s £5.5 billion-a-year renewable energy industry will be up for debate.

She is expected to raise questions about the impact of a hard Brexit on jobs and funding for the renewables sector.

Claire Mack, chief executive of Scottish Renewables, said: “If there’s one thing that can be said of Scotland’s renewable energy industry, it’s that it’s never dull. As usual, the sector has had another year of highs and lows.

“There have been successes for offshore renewables – notably that Scottish offshore wind is finally starting to take off, as well as record after record in the tidal energy sector, and continued growth in renewable heat.

“Onshore, large wind and solar PV remain without a route to market, while business rates increases – quickly followed by a cap and its extension – have hit hydro particularly hard.”

Ms Mack continued: “Delegates at the conference will also debate the UK Government’s Industrial and Clean Growth Strategies, as well as the much-delayed Feed-in Tariff consultation and the future for renewable heat.

“We will also consider the implications of the Scottish Government’s Energy Strategy, Climate Change Plan and Planning Bill, as well as ongoing reviews of the offshore energy planning system.”