She warned that a hard Brexit is likely to hinder the UK’s supply chain and skills base.

“We could lose access to EU funding,” she said, adding that Scotland has done proportionately well from such support.

Speaking to delegates at the Scottish Renewables annual conference in Edinburgh, she expressed her “determination to make sure we do not allow the successes of the renewables sector to be compromised.”

She said the UK government should allow onshore wind to compete against other sources.

Ms Sturgeon, touching on the supply chain, added that she was “optimistic about a good outcome” at the troubled Bi-Fab plant in Fife.

Claire Mack, chief executive of Scottish Renewables, said: “The First Minister is right to say that Brexit presents risks to the future success of Scotland’s renewable energy industry, but it’s vital to recognise that the most significant challenges faced by the industry in recent years have been domestic ones. 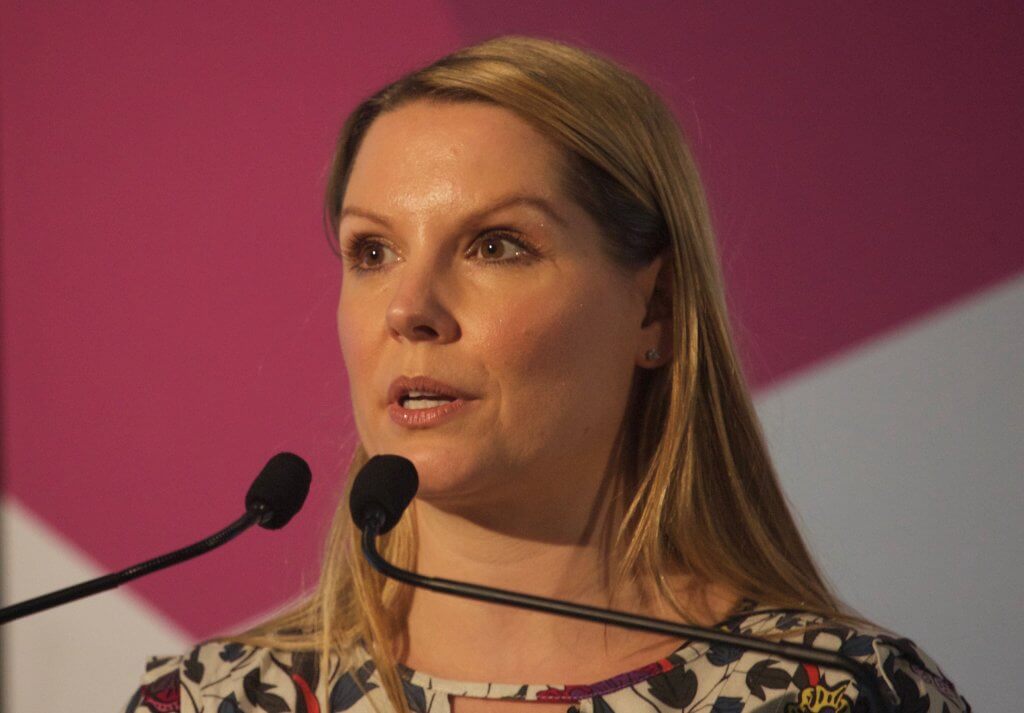 Claire Mack: ‘we lack nothing in know-how’ (photo by Terry Murden)

“While leaving the EU could restrict access to funding and hinder the free movement of labour both to and from Europe, policy support for renewable energy – not least our cheapest and most mature technologies – is essential.

“Westminster can help to stabilise revenues which underpin investment, and a focus on minimising costs here in Scotland will ensure this is the most competitive place to develop a renewable energy project.

“It is vital that the outcome of the negotiations on Europe have regard for the ways in which industries like renewable energy work: collaboratively, across borders and with cost as a constant imperative.”

She added: “Scotland may be small in scale but we lack nothing in know-how, stating that innovation would drive a low-carbon future.”

He also wanted to see more flexibility in planning by the Scottish government, saying that by the time approval is given technology has moved on.