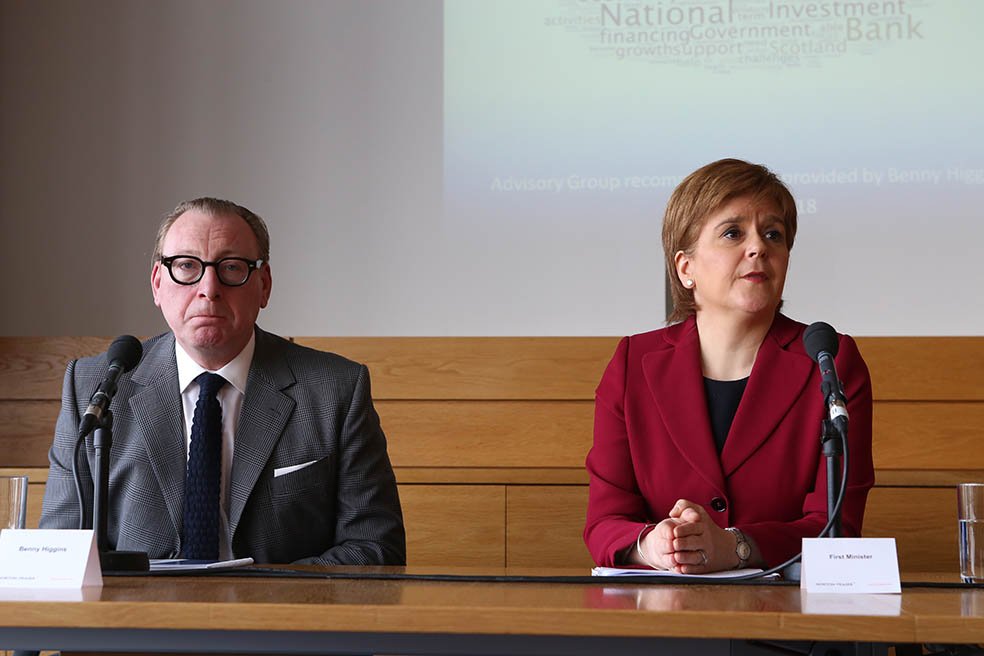 Nicola Sturgeon has pledged an immediate start on setting up a Scottish National Investment Bank.

The First Minister committed an initial £500 million over the first three years towards an ambitious 10-year plan to provide £2 billion to plug the small business funding gap.

“That’s a substantial down payment,” she said at the launch yesterday of a blueprint for the bank produced by banking veteran Benny Higgins.

Speaking to a business audience in Edinburgh she pledged to have the “shadow” bank operating by next year and fully operational by 2020. “We are determined to move at pace,” she said.

Mr Higgins’ report mentioned that Brexit had “created uncertainty” over the bank receiving state aid clearance from Brussels, but Ms Sturgeon said this was “not a deal breaker”.

She said: “It is one reason why we need to get on with this rather than not do it.”

Mr Higgins, who was signing off as Tesco Bank chief executive, said there was an ‘incontrovertible case” for setting up a national investment bank which would emulate the existence of about 90 others around the world. 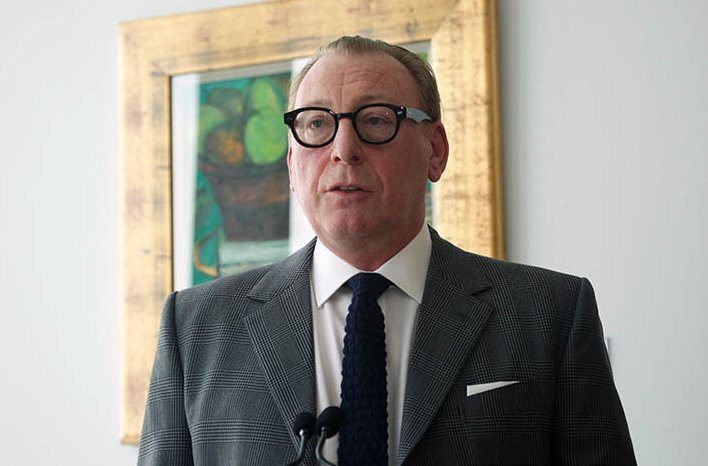 Its mission would be to fill the £1m to £10m gap in funding to SMEs who struggle for this level of finance from other providers. It would provide debt and equity finance and also work towards an inclusive and green agenda.

Mr Higgins said: “Independent commentators view the immediate outlook for growth in the Scottish economy as languid at best.

“Business investment in Scotland has also been on a trajectory of reduction for a very long time and shows no sign of abating.”

He added: “There is a strong consensus that there is an immediate and pressing need for the creation of the bank.

“If structured effectively, and with the appropriate attitude to risk and return, a Scottish National Investment Bank can… play a leading role driving growth and innovation, helping to transform Scotland’s economy.”

The state-backed bank is a cornerstone of the Scottish Government’s economic policy and Mr Higgins recommends that it be publicly-owned but operate at arm’s length of government with its own board. It will have the ability to issue bonds.

It will not compete with private sources of finance, but will “crowd-in” other investors and funders. Lord Smith, chairman of the British Business Bank, offered his support for the initiative.

He said: “I welcome Benny’s recommendations setting out the plan for the creation of a Scottish National Investment Bank.

“The British Business Bank will continue to invest and build on its existing activity in Scotland and, where there is opportunity, we look forward to working together to the benefit of Scottish SMEs.”

The existing Scottish Investment Bank, which co-invests with startups, and the Scottish Futures Trust, are expected to be folded into the new bank, but retain their specific roles.

Mr Higgins, who has also held senior positions at Royal Bank of Scotland, HBOS and Standard Life, has taken soundings from a broad range of sources at home and overseas, including the think tank the New Economics Foundation which produced a paper looking at the longer term financing demands of companies.

The businessman Jim McColl last month told a committee of MSPs that he was concerned the SNIB would be “half-cooked”, fearing that it would be restricted by European state aid rules.

Mr McColl revealed that he would be setting up his own investment bank to serve the SME community.

Mr Higgins said he had met Mr McColl to sound out his views and they had spoken about how the two banks could complement each other.