Demand on the rise 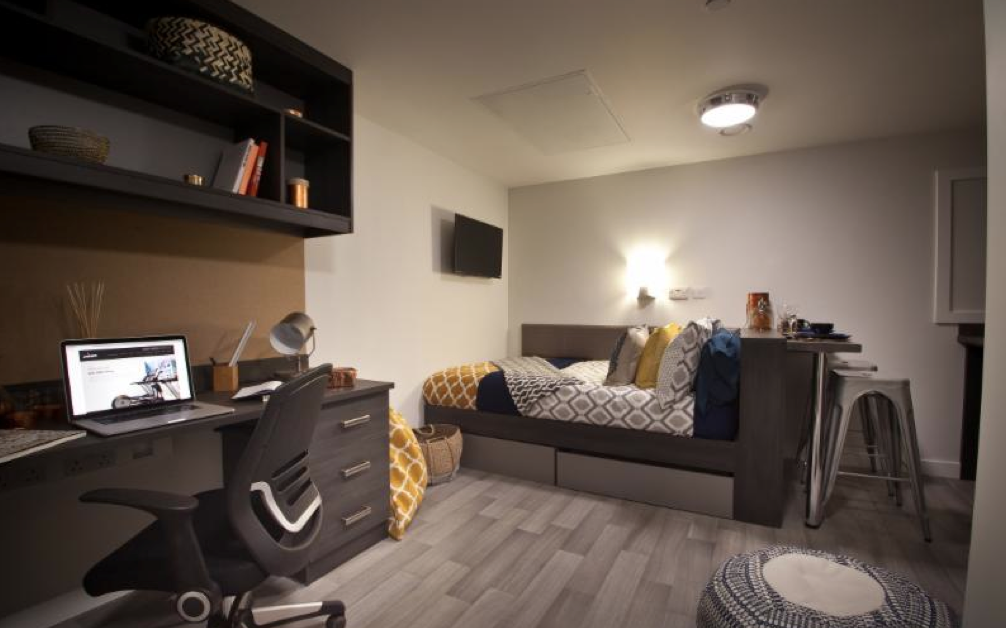 Student Accommodation attracted £100m in investment last year and Glasgow is second highest in the UK for new developments.

The building boom is prompted by rising numbers applying for accommodation for purpose-built student accommodation, according to figures produced for GVA’s Student Housing Review show.

A 2% year-on-year increase in demand, included a 4% growth in non-EU applicants, who now total 36,850 – the highest number recorded for this group. The report identifies the relative weakness of sterling as a significant factor in the strong appeal for foreign students.

The strength of the UK higher education system and rental growth outperforming inflation were key factors in the continuing robust performance of the sector nationally.

In 2017, Glasgow saw a 16% rise in bed provision and £10.75m transacted. Average rents in the city were £146 p/w, down 2.9% on the previous year. No new beds are currently under construction, although there plans in the pipeline, including a controversial 12-storey block in the High Street.

Across the Central Belt, rents in Edinburgh were down 1.3% on the previous year at £147 p/w. £40m was transacted in the capital with 506 beds currently under construction.

Aberdeen’s average rents were unchanged year-on-year at £141 p/w. There are 618 beds under construction. The city had the highest value of transactions of Scottish cities in 2017, with a total of £51m. Activity in Stirling accounted for £2m and the total value of transactions across the UK was £4bn.

University owned accommodation is still the most prevalent across the UK, accounting for 51.6% of the total. This is down on last year’s proportion, reflecting the fact the private sector added more beds over the course of the year.

En-suites and studios are by far the most prevalent in new developments, with the private sector delivering a disproportionately high number of studios. There are now just under 219,000 private purpose-built beds, representing a 9.2% increase on last year, compared to 1.7% for university owned stock.

Surveys suggest that applicants are placing increasing emphasis on the student experience and accommodation quality when choosing a university and it is now also a consideration in some university league tables.

The report notes a lot of existing stock is in need of regeneration and partnerships can help deliver excellent results for both parties and address many of the development challenges.

Keith Aitken, regional senior director for GVA in Scotland, said: “The weakness of sterling and the enduring reputation of our higher education institutions continues to make studying in Scotland attractive to overseas students.

“The value provided by the current exchange rate also means the student housing market appeals to investors at home and abroad.”

The current climate for UK construction is challenging, particularly following the liquidation of Carillion. The full implications for the contractor’s vast supply chain of 25,000-30,000 firms is yet to be seen.

Mr Aitken added: “Optimism is still high. There is still a structural under supply in PBSA at a national level and given the level of investor appetite for the sector, we expect strong development activity to continue for the foreseeable future.

“There are also considerable opportunities for investors to work with universities to improve or rebuild their existing accommodation. However, there may be an over-supply risk on studio apartments in some areas and this is something that needs to be closely monitored when assessing locations.”

Share this...
GVA, Student accommodation, Student Housing Review News, Property, Scotland No Comments » Print this News
Fintech experts put ideas into action Previous News
Next News Theresa May has announced that 23 Russian diplomats are to be expelled from the UK following the Salisbury poisoning incident