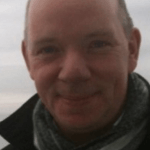 He departs next Wednesday and will not be replaced. He leaves the company just days after Daily Record editor Murray Foote stepped down.

With backing from the London-based parent group, he launched Glasgow Live and an online business news service, effectively modelled on the success of award-nominated Daily Business.

He became Scotland’s youngest editor at 23 at the Clydebank Post then made the jump to national newspapers as a sub-editor at The Sun.

After spells at Scotland on Sunday, the Evening News and the Daily Record, he was appointed Editor of Scotland’s biggest-selling newspaper, the Sunday Mail.