Board change at oil firm 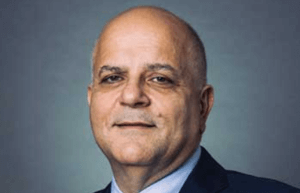 Petrofac, the oil services company, announced that its chief operating officer is leaving after a period of suspension.

The departure of Marwan Chedid, who was drawn into a Serious Fraud Office investigation, was confirmed in the company’s year-end statement in which chairman Rijnhard van Tets declared the board’s full support for chief executive Ayman Asfari.

The Serious Fraud Office swooped on the group last year over allegations that it secured lucrative service contracts worth $2bn in Kazakhstan between 2002 and 2009 via a Monaco-based middleman, Unaoil, which allegedly paid bribes to officials.

Petrofac has denied any wrongdoing in connection to the Unaoil scandal, which has also engulfed many other firms within the global oil services industry.

Mr Asfari and Petrofac’s chief operating officer Marwan Chedid were both arrested and questioned under caution by the SFO. Neither of the executives were charged but Petrofac suspended Mr Chedid while Mr Asfari was kept in place to focus on the day-to-day running of the group.

In a statement today, the company said: “Marwan Chedid has elected to leave the business to pursue other interests and consequently has today stepped down as group chief operating officer.

“He will act in an advisory capacity for a transitional period to assist on his succession. He will remain ring-fenced from the SFO investigation in his temporary advisory role.”

The board said restrictions imposed on Mr Asfari last May in his battle against Italian insider trading allegations are no longer appropriate following a court ruling.

He will resume full executive duties with immediate effect and re-joins the nominations committee.

The company today announced full year results showing a net loss of $29 million post impairments and exceptional items of $372 million. It declared a pre-exceptional net profit (up 7% to $343 million.

The group had a healthy order backlog of $10.2 billion at the end of 2017 and has $5.2 billion of secured revenue for 2018. Reported backlog excludes the framework agreement signed with Petroleum Development Oman in June 2017, which will add to backlog as projects are sanctioned.

Regarding the latest trading performance, he said: “We have delivered solid full year results, good operational performance and strong financial discipline, while maintaining our focus on best-in-class and safe project execution for our clients.

“We are also delivering our clear, focused strategy. The group has secured awards in a broad range of markets during the year.

“Operational excellence is maintaining our strong competitive position and protecting our differentiated margins.

“Furthermore, we are continuing to reduce capital intensity and enhance returns, evidenced by the disposal of non-core assets and our decision to exit the deep-water market.

“Our competitive position has helped secure a strong recovery in new orders in 2017, particularly in the second half of the year. Tendering activity remains high, we are well positioned on several bids and we are maintaining our bidding discipline in a competitive market. With a healthy order backlog and good revenue visibility, I am confident that Petrofac is well positioned for 2018.”

Mr van Tets added: “Over the course of 2017 the leadership team has worked relentlessly to deliver for our clients, secure a strong recovery in new orders and continue to execute our stated strategy.

“The board continues to have full confidence in Ayman, in Petrofac’s people, its processes and its long-term prospects, and looks forward to continued good progress in 2018.”