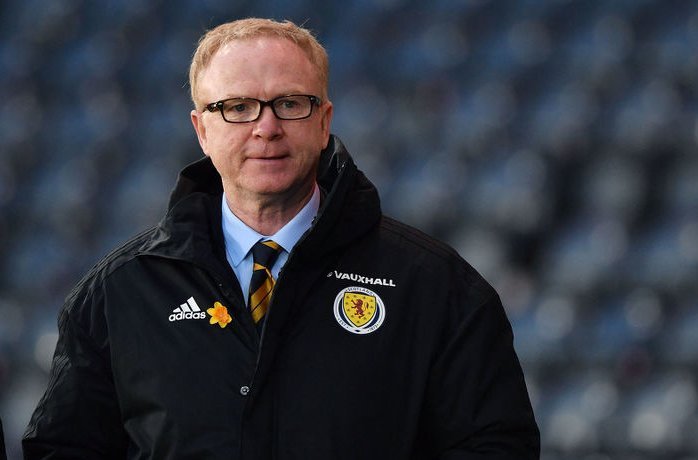 Alex McLeish was a happy man after recording the first win of his second spell in charge of Scotland against Hungary (pic: SNS Group)

Scotland brought the curtain down on the international break with victory over Hungary in Budapest, Alex McLeish’s first win in his second spell in charge.

It was also special night for Matt Phillips, who stroked home his first goal for his country after 11 matches just after the interval to give the Scots the spoils.

The West Bromwich Albion man was chosen to lead the line in a much-changed team following the defeat to Costa Rica at Hampden Park and he repaid his manager’s faith with the only goal of the friendly when he finished off some excellent build-up play by James Forrest and Ryan Fraser.

Allan McGregor made some good stops to preserve the advantage for Scotland, who could afford the luxury of missing a first-half penalty from captain Charlie Mulgrew.

It was a far more encouraging display from the Scots after the disappointment in Glasgow on Friday, with the team benefiting from a more dynamic midfield performance from Stuart Armstrong, John McGinn and Callum McGregor.

“I definitely enjoyed that,” said the match-winner.

“We played some really good stuff. You can see the boys gelling. We’re delighted to win the game because it’s important for us to start winning games.

“It’s a new group, it will take time but there are plenty of positives.”

The Scots return to action in friendlies in Peru and Mexico in May and June before the UEFA Nations League kicks off in September.