May offers ‘vast majority’ of powers to devolved nations 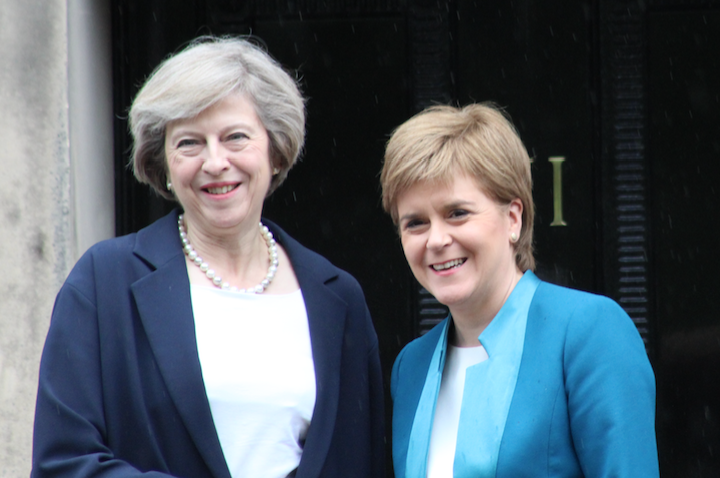 Prime Minister Theresa May will promise to return the “vast majority” of devolved powers to the UK nations under a new Brexit deal.

At a meeting in Downing Street on Wednesday Mrs May will reject claims that Westminster plans a ‘power grab’ on devolved policy areas and that Scotland, Wales and Northern Ireland will enjoy a “democratic dividend”.

The PM will meet Scotland’s First Minister Nicola Sturgeon along with Carwyn Jones, the First Minister of Wales, and representatives of the Northern Ireland Civil Service amid growing tensions over the Brexit negotiations.

Mrs May will say that clause 11 of the EU Withdrawal Bill would see the vast majority of returning devolved powers directly transferred to Edinburgh, Cardiff and Belfast.

She will make clear her absolute commitment to devolution, strengthening the Union and delivering legal certainty for businesses and consumers across the UK as part of a “new, deep and special partnership” with the EU.

Mrs May will also confirm the government’s intention for the devolved nations to not only maintain their existing powers once Britain leaves the EU but also gain significant new decision-making abilities, including issues such as water quality and energy efficiency.

Speaking ahead of the meeting, Mrs May said: “At this important meeting with the devolved administrations today, I will be making clear my commitment to a deal that brings our country together, protects the security and prosperity of all our communities and business sectors, and reinforces our Union of nations.

“We will discuss the EU negotiations and EU Withdrawal Bill and how the UK Government has tabled an amendment that will ensure the vast majority of powers returning from the EU that cross over with devolved competencies will transfer directly to Edinburgh, Cardiff and Belfast.

“I am determined to secure a settlement that delivers an unprecedented democratic dividend for the people of Scotland, Wales and Northern Ireland, while protecting and preserving the precious Union that is at the heart of our past, present and future success.”

The devolved administrations will also be given an update on the latest on the investigation into the incident in Salisbury.