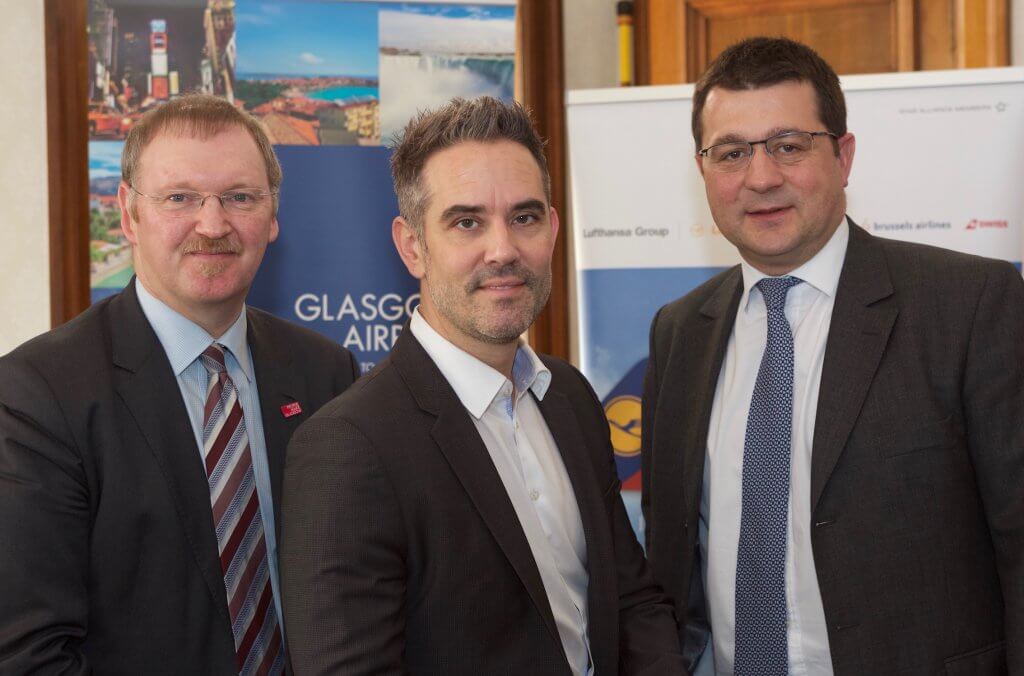 Lufthansa will add the German financial centre to its Munich and Dusseldorf destinations.

It provides a key route for the business market and takes the number of weekly flights by the airline between Scotland and Europe to 64.

Stuart Patrick, chief executive of Glasgow Chamber of Commerce, said Ryanair served a largely different market, though Frankfurt was among the 20 it plans to axe.

“It is about the credibility of the offer. It is worrying that Frankfurt and Madrid were in the mix of lost flights.”

Germany is the top business market in Europe and Frankfurt is a hub airport, while Glasgow is hoping to build on the number of inbound tourist visitors. Lufthansa said 70% of Scottish passengers travelled for leisure reasons last year.

The airline carried almost 60,000 passengers to and from Glasgow last year and is offering 106,700 extra seats this year.

Andreas Koester, senior director for sales in the UK, Ireland and Iceland, said: “We have been able to increase Lufthansa’s flight offer from a single weekly service to 12 flights a week in just six months.

“This level of growth is almost unprecedented and underlines the importance of Glasgow Airport within the Lufthansa worldwide network.”

“This daily Frankfurt service also builds on our growing links with Germany,” he said.