As Arsenal travel to Moscow... 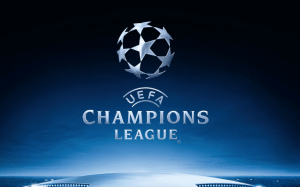 Manchester City will face Liverpool in the Champions League quarter-final.

The Merseyside club have inflicted the only defeat this season on the Premier League leaders while Pep Guardiola’s side beat the Reds 5-0 at Etihad Stadium last September.

The first leg will take place at Anfield on 3-4 April, with the return tie on 10-11 April.

Arsenal have been drawn against Russian side CSKA Moscow in the Europa League quarter-finals in a tie which takes on added sensitivity in view of the current diplomatic row between Britain and Russia.

The Gunners will host the first leg at Emirates Stadium on 5 April with the return leg in Moscow a week later.