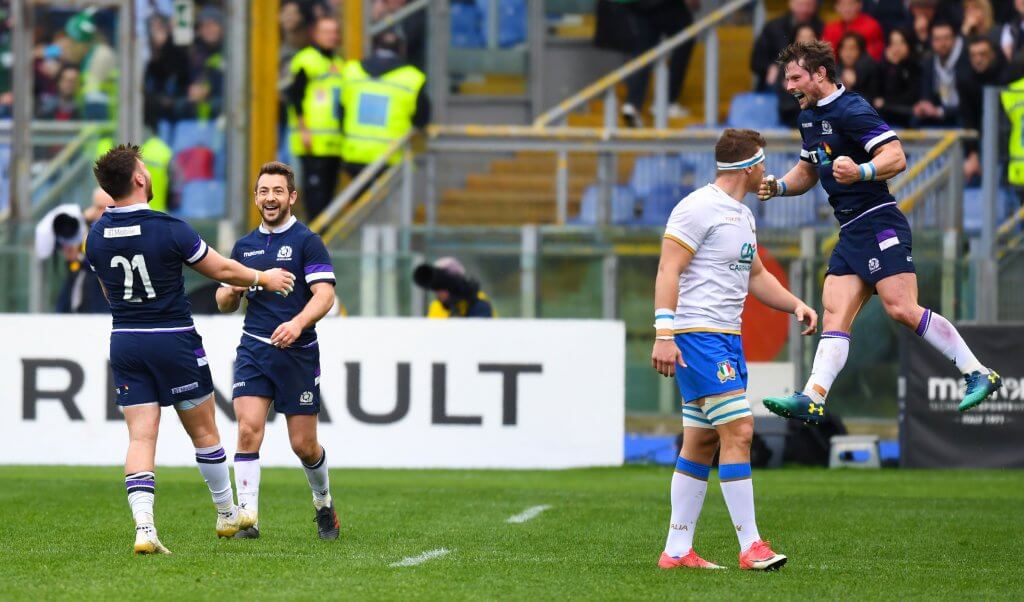 Grieg Laidlaw saved Scotland’s blushes to snatch victory against an Italian team who were unlucky to lose.

Laidlaw showed his cool with less than two minutes to play to kick the penalty that enabled the visitors to give some respite to their away day blues.

There was little by way of celebration as the Scots knew they had played below par and denied the Italians their first Six Nations victory after 16 successive defeats.

The hosts were in good form and looked poised for a runaway lead when Sebastian Negri’s try soon after the break looked to have given his side a 22-12 lead.

But it was chalked off for a forward pass, and may have proved a turning point in a game noted for the performance of a Scots-Italian who played for Scotland at junior level.

Tommaso Allan, who played for Scotland under-20s then decided to play at senior level for Italy, qualifying through his mother, scored 22 points.

It must have been a bitter sweet moment for the nephew of a former Scotland hooker to be named Man of the Match just as his team went behind to Laidlaw’s late kick.

After falling behind early to an Allan penalty, Fraser Brown gave Scotland the lead on 10 minutes. Greig Laidlaw was unable to convert. 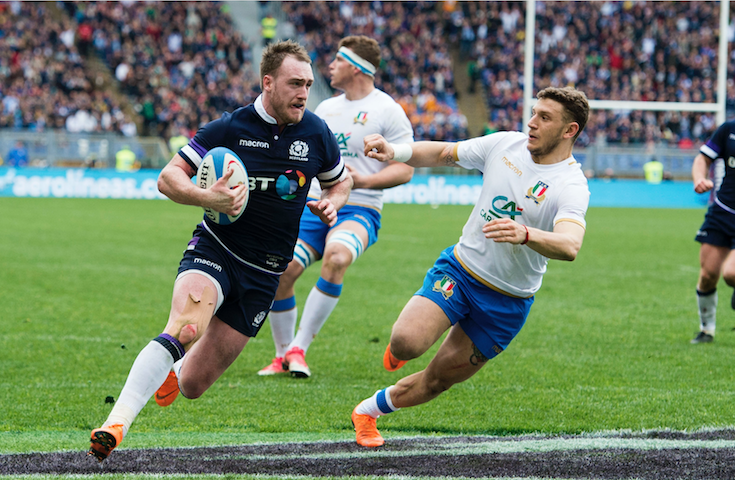 Allan struck again with a try and conversion to put the home side into a 10-5 lead. Italy extended their when Matteo Minozzi capitalised on poor Scottish defending. The full-back out-sprinted Hamish Watson to give the hosts a 12 point advantage.

Scotland, playing below par against a well-organised Italian team, dragged themselves back into the match when John Barclay touched down with a second try for the visitors. Greig Laidlaw made no mistake this time to reduce the half-time deficit to five points.

Negri was denied a try two minutes after the re-start when a knock on was detected in the build up.

It was a let off for Scotland against a team playing with purpose and a determination to shake off their reputation for not being able to finish off games.

Captain Sergio Parisse was on 99 Test defeats and achieved an unwanted record when that became 100.

Allan scored another try in what looked like putting his team into an unassailable lead to end their dismal run, but Scotland dragged themselves back into the game through tries from Maitland and Hogg.

Scotland made five changes to the starting line-up. Centre Nick Grigg madee his first start in the tournament, while winger Tommy Seymour returnd from a back problem.

Hooker Fraser Brown was joined in the front row by WP Nel and lock Tim Swinson came in to the team.

Peter Horne, Blair Kinghorn and Stuart McInally were dropped to the bench, with Simon Berghan and Grant Gilchrist out of the squad.