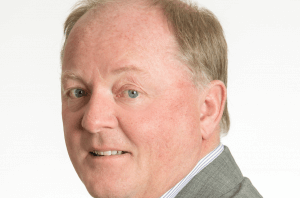 Harper Macleod, the Scottish law firm, has concluded one of its biggest deals to date in the marine sector.

The firm advised on a $115m investment by its long-standing client Sea Transport Corporation (STC) and Australian financial institutions in a port facility near Adelaide, South Australia.

The facility is expected to provide significant benefits to the huge local grain sector.

The STC group, which was established in 1976 by Scots born businessman Stuart Ballantyne, owns, operates and constructs marine vessels, and has a track record in the establishment of new ports and ferry routes.

Steven Brown, who leads the team from Harper Macleod’s Edinburgh office, has advised STC since 1989.

Burness Paull advised on 296 publishable transactions with a total value of £42.8 billion last year, making it the busiest legal adviser in Scotland for the third year running.

The volume of deals was more than twice the number of its nearest rival, while the cumulative value was more than six times greater.

Peter Lawson, head of corporate, said: “It has been an exceptionally busy year as the economy has bounced back from a period of uncertainty, and the corporate transactions market in Scotland has reflected that.

“Taking the top spot for three years in a row is testament to the consistent hard work of our entire team, but the latest numbers really underline the scale of their achievement over the past 12 months.”