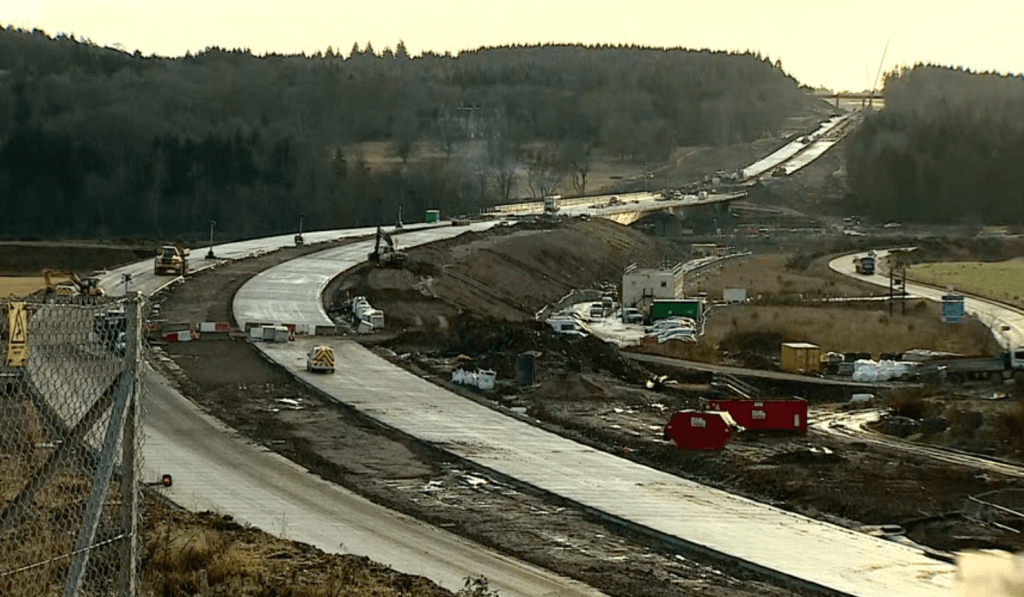 Good progress is being made on the Aberdeen by-pass

Construction company Galliford Try has confirmed plans to raise new capital to help complete the Aberdeen bypass and other contracts following the collapse of Carillion.

It has announced a rights issue to raise £157.6 million to plug a shortfall which includes £98m to complete legacy contracts.

Approximately 80% of this cost related to two large infrastructure joint ventures, with the vast majority attributable to the Aberdeen Western Periphery Route (AWPR) contract conducted through a joint venture with Carillion and Balfour Beatty.

On 15 January the group announced that following the compulsory liquidation of Carillion, it expected to incur additional costs related to AWPR, of between £30m and £40m, and in its half year results to 31 December 2017 announced a related £25m exceptional cost.

The over-run costs on AWPR, compounded by Carillion’s compulsory liquidation, are expected in total to absorb in excess of £150m of the group’s cash (prior to any recoveries).

However, the total exceptional costs and final cash impacts of the AWPR contract are ultimately dependent on completion of the project and agreement of any associated recoveries, which cannot currently be predicted with certainty.

The group said it continues to make “good progress” towards resolving AWPR and practical completion of the construction work is expected in the summer.

Despite the issues encountered in relation to AWPR, the 2021 Strategy and related financial targets remain unchanged.

·      The issue price of 568 pence per Rights Issue Share represents a 32.8 per cent. discount to the theoretical ex-rights price based on the closing middle-market price as derived from the Stock Exchange Daily Official List of 937.5 pence for an Ordinary Share on 26 March 2018 (being the last Business Day prior to the date of this announcement).

·      The New Ordinary Shares will be issued pursuant to the authority granted under the resolutions passed at the Annual General Meeting of Galliford Try held in November 2017.