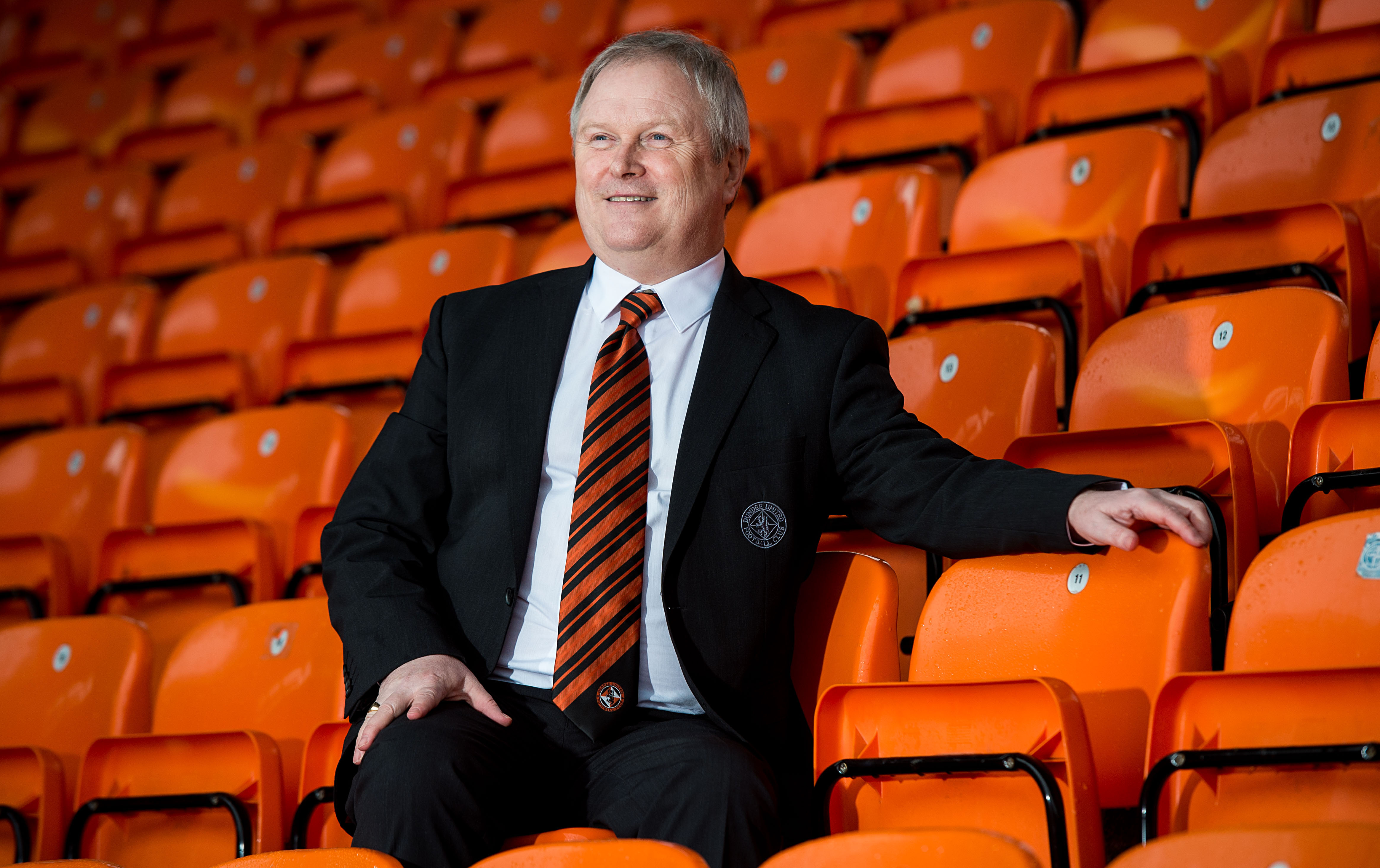 Failure to secure promotion back to the Scottish Premiership this season will not deal a fatal blow to Dundee United, according to new chairman Mike Martin.

Mr Martin has replaced Stephen Thompson as chairman of the ailing Tayside club, which currently sits fourth in the Championship, 17 points behind leaders St Mirren.

The Tannadice outfit, relegated in 2016, has been struggling off the park as well in recent times as it tries to cope with the financial pressure of not being in the top flight.

United look set to finish in a play-off spot, leaving themselves a mountain to climb to navigate a path back into the top tier.

Spending another year languishing outside of the Premiership will have serious consequences for United, although Mr Martin stressed that ‘funding routes’ are in place should that scenario unfold.

“While we have fiduciary duties as directors and we have to consider a number of different scenarios, we really don’t spend a lot of time talking about administration because we believe we have got funding routes in place that will enable us to continue and hopefully to thrive in the not too distant future,” he said.

“For next season we have to look at two scenarios.

“One where we are in the Premiership and one where we remain in the Championship. I sincerely hope it’s the former but we are budgeting for the latter in the event that’s where we end up.

“We love our teams and we want to do whatever we can to achieve our ambitions. In the case of Dundee United clearly we are struggling a bit just now and so I felt I should stand up and be counted.

“There are a few things we need to look at both on and off the pitch. Most importantly on the pitch because clearly our objective is to get back into the Premiership sooner rather than later. We still think we can achieve that this season.

“I know the odds are against us now and many people are predicting we won’t make it but we actually still have a very high degree of confidence we will get up this season. So I will do whatever is in my power to help the manager and the team achieve the ambition of getting back up this season.

“I think in parallel we are also starting to look generally at the infrastructure within the club and to see where changes have to be made to give us very strong foundations for the future.”

Mr Martin has served in the international financial sector for over 35 years and is currently an independent non-executive director of Euroclear Bank, where he also chairs the risk committee.

He recently bought a 30% shareholding in Dundee United and purchased its GA Arena youth training facility.

Csaba Laszlo, the former Heart of Midlothian manager, was appointed four months ago after the sacking of Ray McKinnon but has so far failed to repeat the success he enjoyed at Tynecastle.