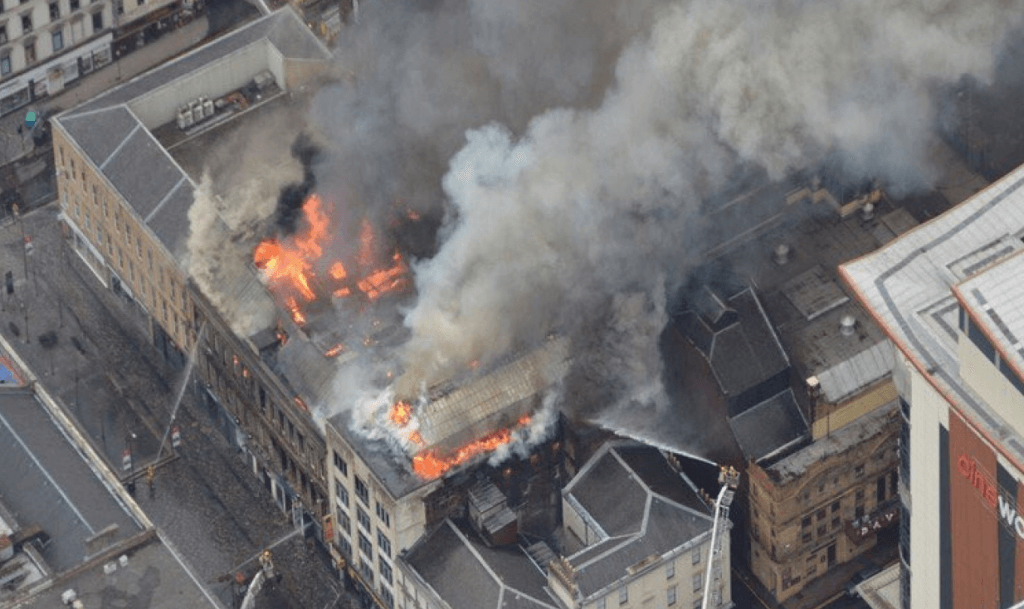 120 firefighters tackled the fire as it spread to nearby buildings (photo: Police Scotland)

Parts of Glasgow city centre remained closed as fire officials said there was no asbestos risk from the blaze which tore through a nightclub.

Many police officers and some members of the public wore masks and residents were told to close doors and windows as a precaution after concerns were raised about asbestos in the building.

The fire broke out in the roof of Victoria’s in Sauchiehall Street at about 8.20am on Thursday It was still burning last night but there were no reports of injuries.

Scottish Fire and Rescue Service chief officer Alasdair Hay yesterday said: “It’s an incredible complex fire with very hazardous conditions and I just want to praise the firefighters for their professionalism and the way that they’re dealing with this incident.”

Assistant chief officer Lewis Ramsay added: “This is an extremely challenging incident but the response and professionalism of our firefighters has been outstanding. 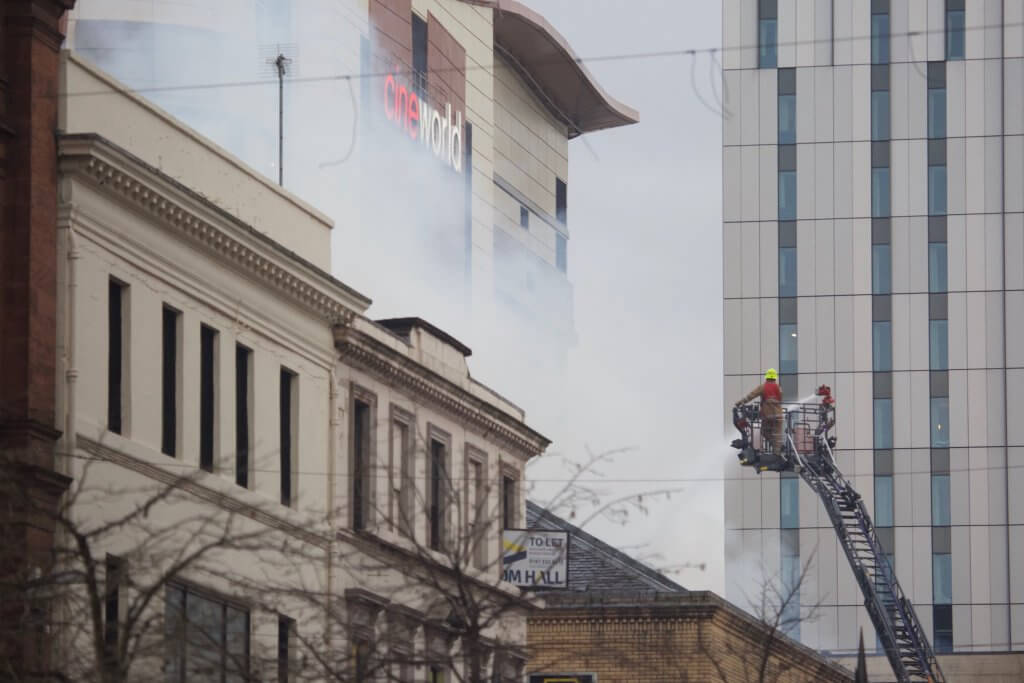 “We would urge the occupants of surrounding buildings to remain indoors and keep their windows closed due to the suspected presence of asbestos.”

Today SFRS officials confirmed that after atmospheric tests were carried out there is no risk to the public from asbestos.

Mr Ramsay said: “There is still a lot of work to be done on the ground to ensure that this fire is completely extinguished. “We will remain on the scene for as long as it takes and we are absolutely committed to preventing any further damage to surrounding properties and ensuring the area is made safe.”

There were concerns that the fire might spread to nearby buildings, including the Pavilion Theatre which cancelled performances.

Businesses in the city centre suffered a loss of trade as a cordon was imposed on nearby streets.