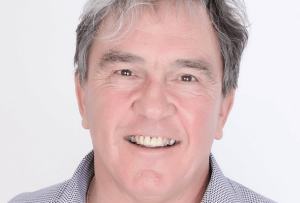 A house builder says the UK government should follow Scotland’s example by introducing incentives for home buyers at a lower price.

Colin Lewis (pictured), chief executive of Avant Homes, the mid-market company focused on the north of Britain, said too many buyers south of the border are being given help at the top of the market.

He wants reform of the Help to Buy scheme in England so that it targets those most in need and helps tackle the underlying supply shortage in the market.

He says it currently helps “boost profits and increase bonuses for wealthy managers and shareholders” as well as providing assistance to those at the top of the chain.

Speaking to Daily Business, he said: “If you can afford to buy a house of £600,000 why do you need government support?”

In a statement to accompany a positive trading update, he said: “The Help to Buy scheme should be reformed to further encourage housebuilders to increase their output to hit this milestone.


“The policy has helped many homebuyers to get their foot on the ladder, but the fact remains that the UK is still facing a severe housing shortage. If we are to continue with this valuable initiative, changes must be made to rebalance the benefits of the policy to homebuyers and away from housebuilders.

“Let’s link the availability of Help to Buy funds for housebuilders to an increase in the numbers of new homes they build. If a housebuilder does not increase output by a given percentage in one year, reduce the access it has to Help to Buy subsidies the following year and thereby switch the emphasis to answering the supply question more than the demand.

“Instead of taking advantage of the Help to Buy scheme to build bigger homes, which simply boost profits and increase bonuses for wealthy managers and shareholders, volume housebuilders will need to gain a social conscience if this intension is to be realised.

“In doing so, they will need to build more attainable homes with lower price points to increase accessibility for first time buyers. But with high demand and limited supply, plus incentives from Government-backed schemes, there is little reason for corporate housebuilders to change their behaviour.”

Currently, housebuilders’ sales are supported by the Help to Buy subsidy, irrespective of how many homes they build. The funds are not linked to increased volumes, nor to any quota of attainable properties.

Volume housebuilders have found they can use this scheme to boost their own profits without significantly increasing the supply of new attainable homes. The rate of volume growth for some is lower than before the scheme was introduced.

According to Avant, an average of 39% of the new homes sales of the top five national housebuilders in 2016 were purchased with Help to Buy and yet the same housebuilders increased their volumes on average by only 6% over the same period.


Avant is set to deliver the third consecutive year of strong growth and to deliver another set of record results.

It said it is on track to deliver in the region of 25% revenue growth and expects its growth target of 2,000 units a year to be delivered by December, a year ahead of schedule. It has set a new, five-year target of more than doubling output to 4,000 homes per year by 2023.

Mr Lewis said the company would be scaling up operating regions and continuing to invest in the land supply across, the Midlands, the north of England and the central belt of Scotland.

“We will also target further geographic expansion across the Northern UK, building on the strong momentum created by the recent launch of our fifth operating region,” he said.

Avant stated that the underlying picture of the UK housing market remains sound. Housing supply is still well below pre-crisis levels, the land market remains benign and demand continues to be supported by good employment levels and continued access to low-cost mortgage finance.