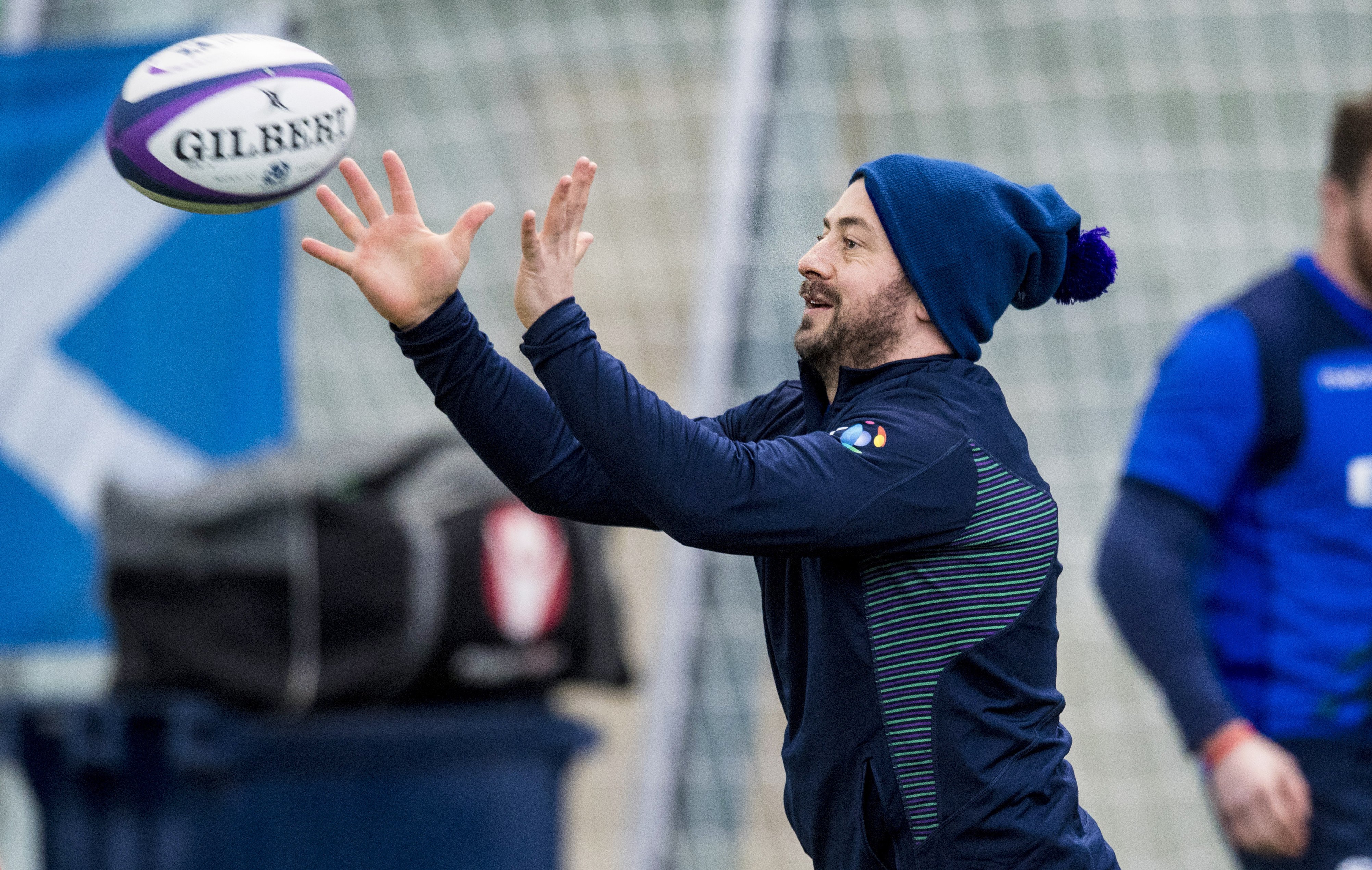 Greig Laidlaw is back in the starting XV. for Scotland when France visit Edinburgh this weekend (pic: SNS Group)

Scrum-half Greig Laidlaw will return to the Scotland starting line-up for the first time in a year against France this weekend as head coach Gregor Townsend rings the changes after the dismal showing in the NatWest 6 Nations opener in Wales.

The 32-year-old replaces Ali Price for the BT Murrayfield clash on Sunday, his first start for his country since being injured in the corresponding fixture in Paris 12 months ago.

Laidlaw has made six changes for Sunday’s match, the alterations split evenly between the backs and forwards. In addition to Laidlaw, wing Sean Maitland and centre Pete Horne are also promoted from the bench into the back-line, while lock Grant Gilchrist and back-row Ryan Wilson do likewise into the pack.

Tighthead prop Simon Berghan is the only starting addition from outwith last weekend’s match-day 23, becoming available at the end of a six-week suspension.

“As a group we’re delighted to be playing at home in front of another sell-out crowd at BT Murrayfield and are looking forward to putting in a performance that can energise our supporters,” said Townsend.

“To do that we need to out-work the opposition and be more accurate in a number of aspects of our play.

“We’ve seen a response from the players in training this week and that needs to continue into and through the 80-plus minutes of the match because France will pose a massive and immensely-physical challenge.”

Maitland comes in for injured Sale Sharks wing McGuigan (hamstring) to join Stuart Hogg and Tommy Seymour in the back-three, while Horne is deployed in midfield in place of Chris Harris (who joins the bench), with Huw Jones returning to the outside-centre role he has occupied in his previous 11 Tests for Scotland.

The remaining changes see Gilchrist and Wilson start in place of Ben Toolis (who moves to the bench) and Cornell du Preez, who drops out of the match-day 23.

Jonny Gray, Hamish Watson and captain John Barclay are reselected to complete the back-five of the scrum, while Stuart McInally and Gordon Reid return to join Berghan in the front-row.

Worcester Warriors back-row David Denton and in-form and uncapped outside back Blair Kinghorn take the places vacated by Wilson and Maitland on the bench.