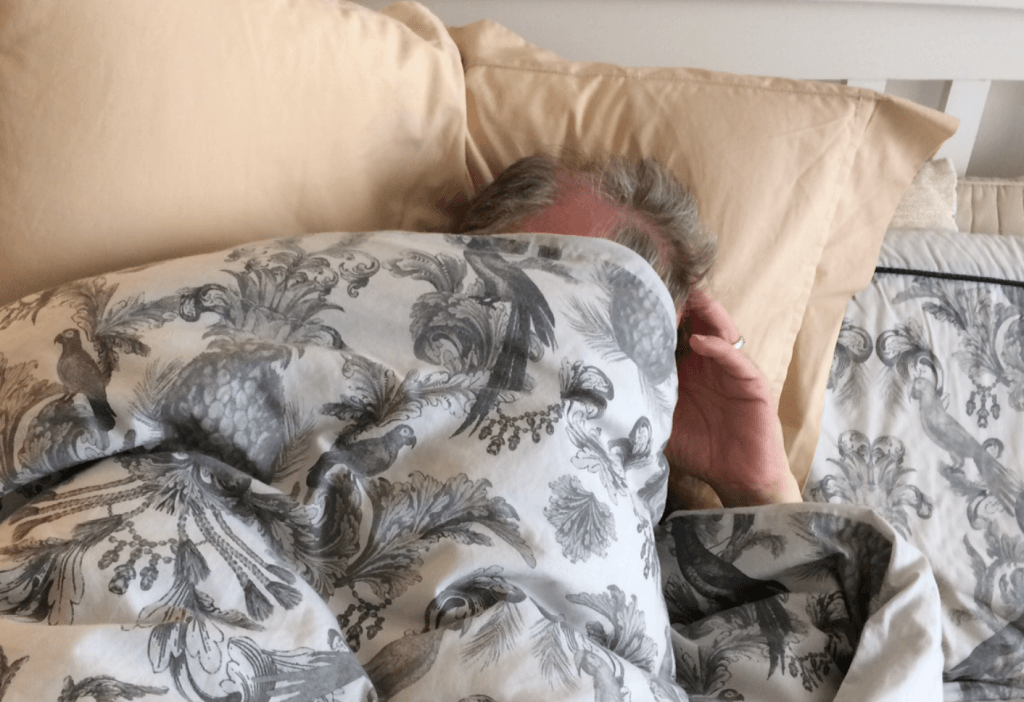 Duvet days are one real reason why employees phone in ‘sick’

Scotland is the ‘sickie’ capital of the UK with more workers faking illness than in any other part of Britain.

Figures show that skiving workers are costing their employers an average of £357 every time they call in with a supposed sickness.

Most claim to be suffering from ‘flu”, but the real reasons are stressful work situations, childcare problems or being hungover. Others opt for a ‘duvet day’ – staying in bed because of the onset of bad weather or simply hating their job.

Across the UK 38 million days are lost through fake illness, costing business £900 million a year. The man hours lost equates to the number of working days to build two Channel Tunnels, or 40 hospitals.

A survey by Adzuna.co.uk of more than 3,500 employees revealed that Scottish workers were the biggest offenders with 38% admitting to “throwing a sickie”.

Business services was the worst offender and the biggest “real” reason for staying off work was to avoid a stressful situation, such as a meeting or presentation.

The north east of England had the lowest number faked sicknesses, with childcare issues citied as the main real reason for taking time off.

The weather was the main motive behind those in Northern Ireland pulling a sickie.

Of all those who admitted to faking sickness, 18% confessed to getting caught by their employer. Of these, 36% were given a verbal and/or written warning, 24% an informal ‘telling off’, 22% faced no action and 18% were fired from their job.

The data from the survey and that of The Office of National Statistics (ONS), Adzuna.co.uk produced an estimate of how many days are lost to fabricated illnesses across the UK.

Doug Monro, co-founder of Adzuna commented: “Employees who ‘bunk off’, should consider the impact their absence could have on time sensitive projects or the subsequent increase in pressure on their colleagues.

“Those who have genuine reasons to avoid work, whether it’s due to childcare issues, an internal dispute or something more personal, would be better advised to approach their employers to see if a reasonable solution can be agreed to.” 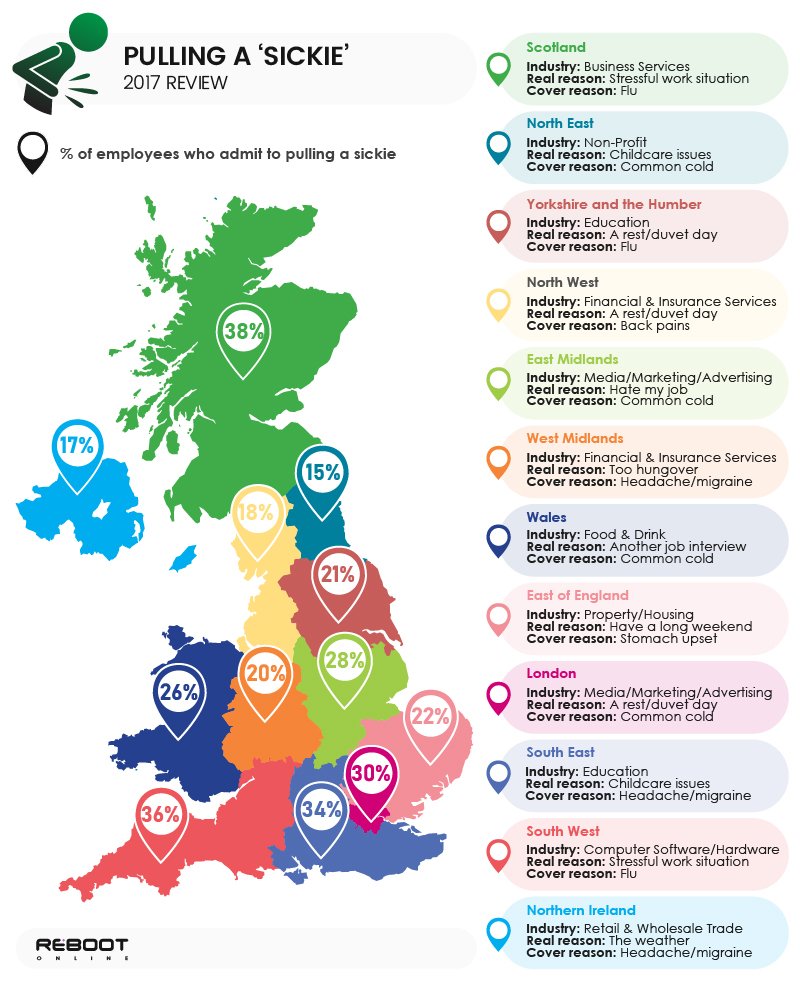