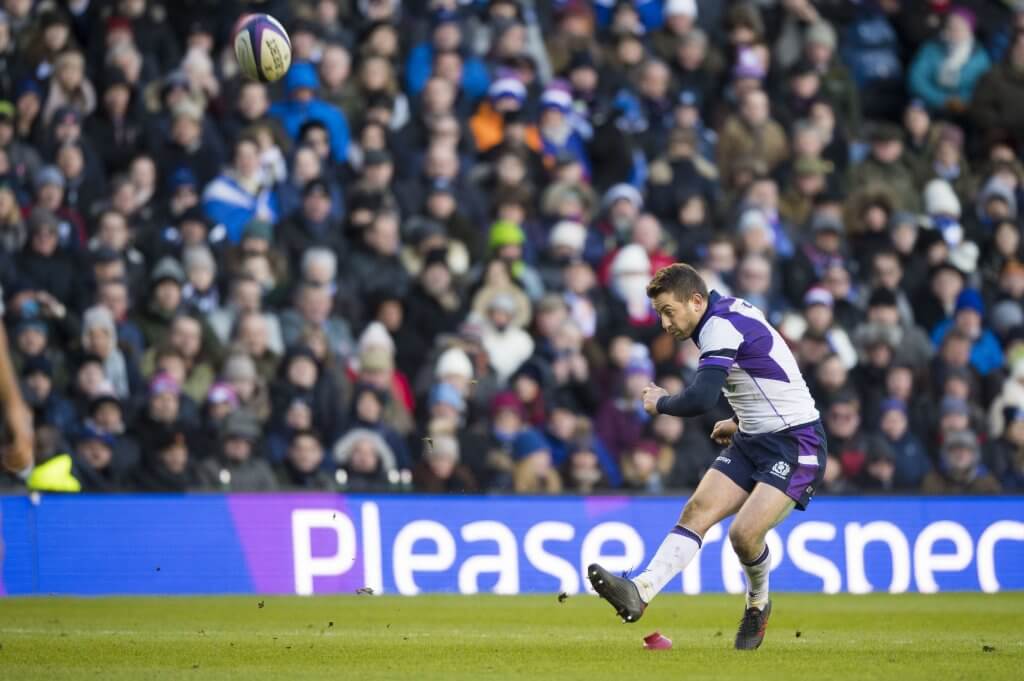 Gregor Townsend’s team turned in a much-improved attacking display in this end-to-end match which turned on the perfect kicking of man-of-the-match Greig Laidlaw.

The French took advantage of early frailties in the Scots defence and looked in danger of taking an unassailable lead as the French winger Teddy Thomas continued his scoring streak.

Scotland kept in touch with some aggressive forward play and in the second half gradually imposed themselves on the match.

Laidlaw marked his return to the starting line-up with six penalties and two conversions, though not giving his side the lead until ten minutes from time.

Despite the unexpected 34-7 walloping in Cardiff last week Scotland came into this tie as favourites.

They were undefeated at home during last year’s Six Nations beating Ireland,Wales and Italy and Townsend continued Vern Cotter’s form in the autumn internationals with  victories over Australia and Samoa.

Some had predicted a dour battle against the French in what is the lowest scoring fixture in Six Nations history, but both teams made early impressions on the scoreboard.

Scotland got off to the worst possible start when Teddy Thomas powered through on the right to touch down for France after just two minutes, the Racing 92 winger scoring his seventh try in 10 games. Maxime Machenaud converted to give the visitors a 7-0 lead. 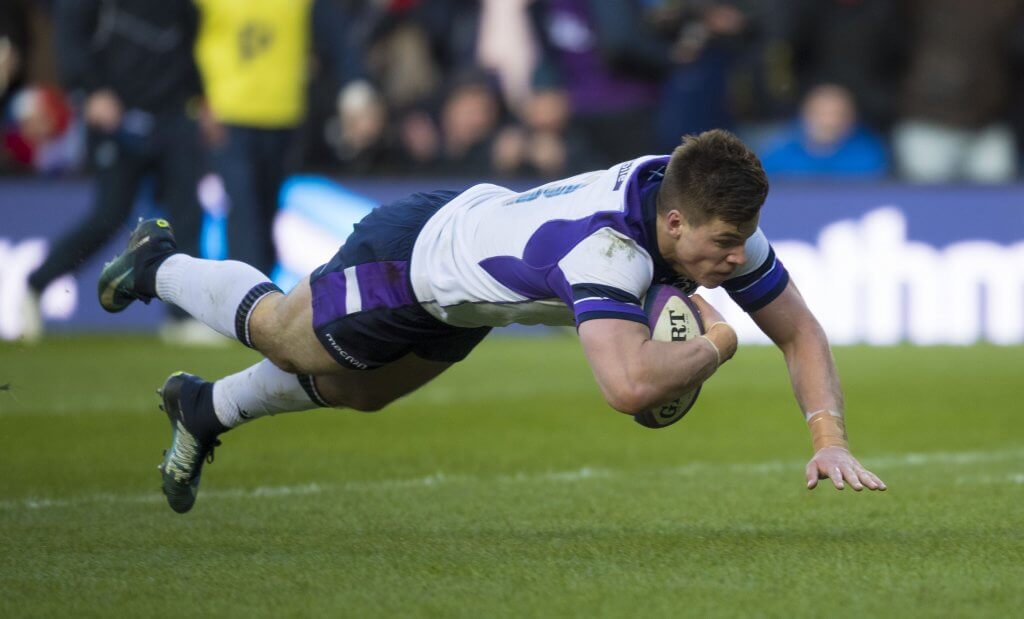 Machenaud added a further three points with a penalty inside 10 minutes.

Three minutes later Sean Maitland brought Scotland back into the game, picking up a pass from Gilchrist 15 yards from the line to score a try in the far corner.

Laidlaw, back in the starting line-up, added the conversion from a tight angle to narrow the scoreline and boost his own confidence after his long injury lay-off.

He was undone, however, on 26 minutes when he missed an unfortunate bounce and allowed the same combination of Thomas and Machenaud to score a second try and conversion to restore France’s 10 point lead.

Huw Jones scored his eighth try in 13 matches, touching down between the posts and Laidlaw converting to peg the French back once again.

Machenaud’s second penalty gave his side a six point lead at the interval.

The end-to-end nature of the game continued as a try-dominated first half turned into a  flurry of penalties in the second.

Laidlaw reduced the deficit twice within six minutes of the restart, his two penalties coming either side of a Baptiste Serin kick. A second penalty from the Frenchman after 59 minutes reopened the six-point gap, before Laidlaw scored his third and fourth to bring the scores level.

Errors in the French defence allowed Scotland to push forward and Laidlaw kept up his 100% penalty record to put Scotland ahead for the first time on 70 minutes.