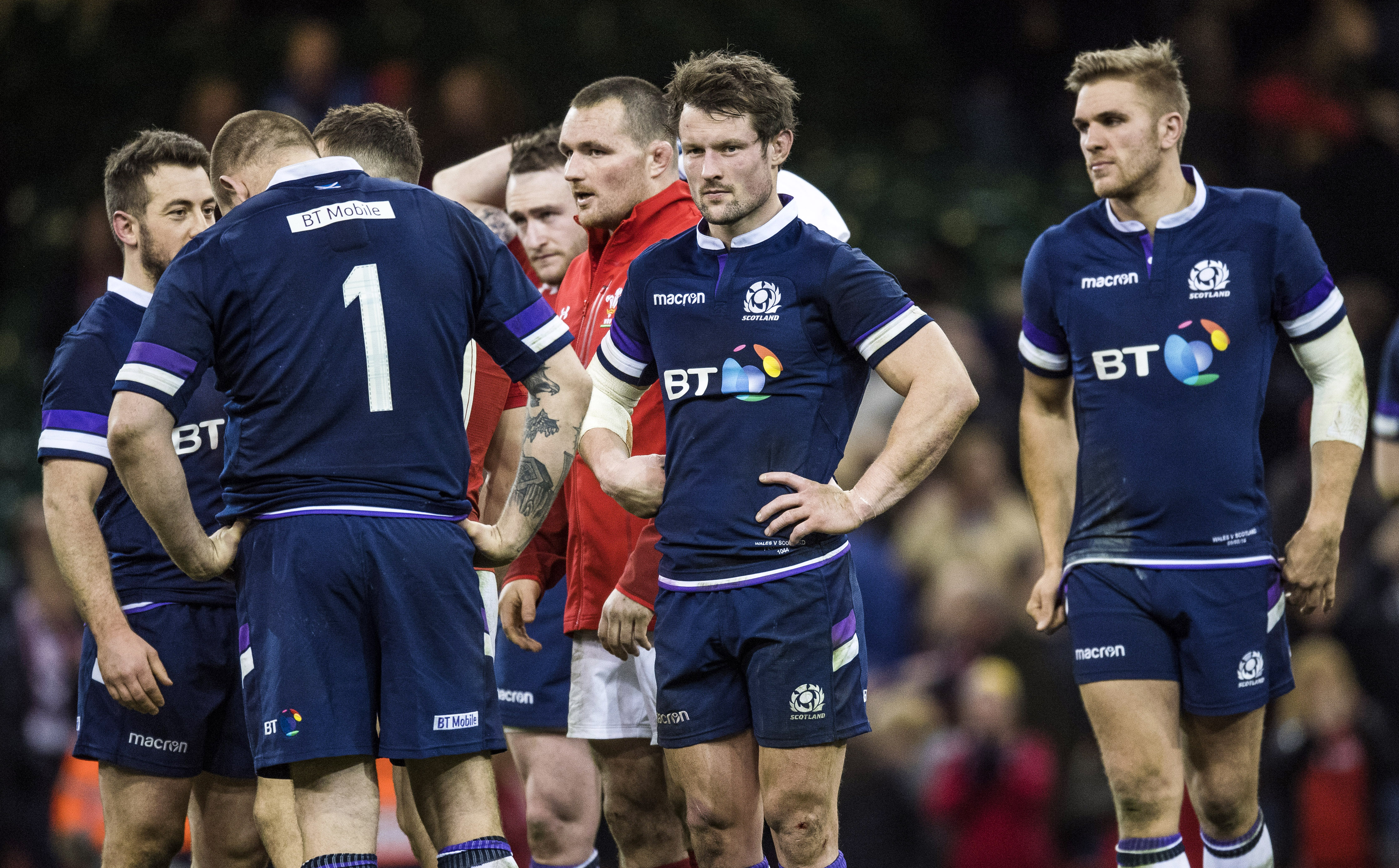 Scotland’s opening match in the 6 Nations left Gregor Townsend with more questions than answers as his side were demolished by a rampant Wales team.

If the Autumn Internationals had given the head coach grounds for optimism, then the thrashing in Cardiff was a stark reality check.

Despite missing a string of players through injury, the visitors had headed into the Valleys full of optimism that they could build on the November displays against the All Blacks and Australia.

Instead they were taught a harsh rugby lesson in the Principality Stadium with Wales running in four tries as they dominated the 80 minutes, Leigh Halfpenny scoring 24 points. Scotland avoided the ignominy of a whitewash with a consolation try in the closing minutes through Peter Horne.

Gareth Davies set the tone for the afternoon when he scampered clear after just six minutes,  Halfpenny then crossing over for the first of his double. The full-back slotted two penalties moments after the break to open up a 20-0 lead and then scored another try to put the hosts out of sight. Steff Evans completed the try-scoring for the Welsh, going over for the bonus-point counter.

“We made a lot of errors. In the autumn we were accurate. Today’s was a pretty good recipe on how to lose a Test match.”

On the evidence of this performance, many of Townsend’s second-string players are not good enough at this level and a lot of hard thinking will have to be done before facing France in Edinburgh next Sunday.

For Warren Gatland, himself minus eight British and Irish Lions, it was the perfect opening to the championship with England up next.