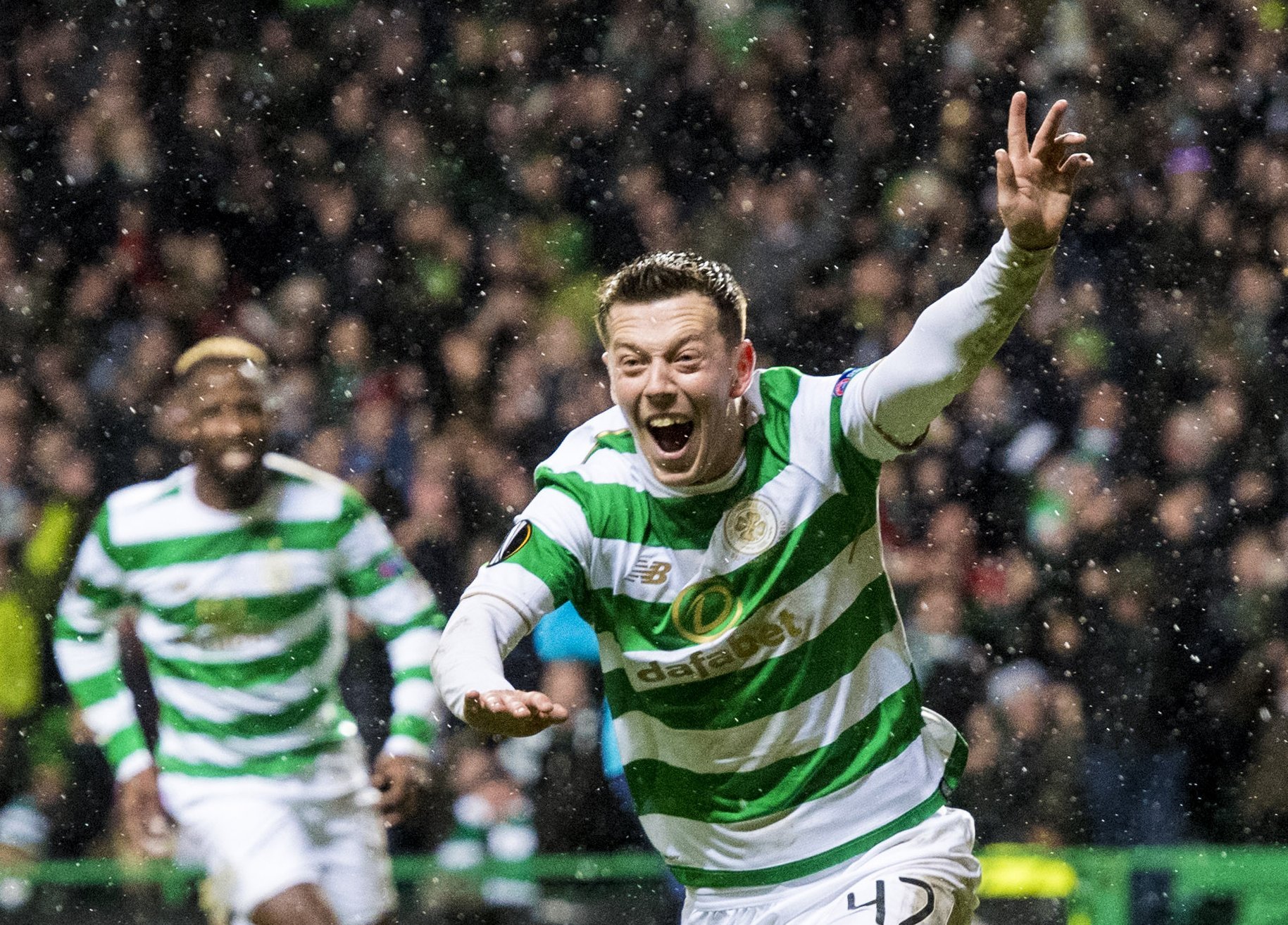 Celtic boss Brendan Rodgers had a smile as wide as the River Clyde after Celtic’s victory over Zenit St Petersburg gave the Glasgow side a fighting chance of making the last 16 of the Europa League.

Callum McGregor’s superb second-half strike was enough to see off their Russian opponents on another pulsating European night at Parkhead.

The home side dominated the 90 minutes against a team playing its first competitive match after an extended winter break, remaining solid at the back while creating a number of chances at the other end.

The margin of victory in the first leg could have been greater had the Hoops enjoyed a little more fortune in front of goal.

However, with Rodgers having insisted before kick-off that Roberto Mancini’s team were the favourites on the night, he’ll be more than happy to take the narrow advantage into the second leg in a week’s time.

“We limited them to very few opportunities.

“To keep a clean sheet and play with that calmness on the ball, I’m very proud of the team.

“Everyone contributed. It was a good team performance and a good result but we are only half way there.

“It sets it up really well and we have given ourselves a tremendous opportunity.”

Much had been made of Celtic’s injury woes in defence ahead of the match but the makeshift rearguard held firm and protected Dorus De Vries’ goal with a some comfort.

McGregor was recalled to the starting line-up and he repaid his manager in style, his accomplished finish from Charly Musonda’s cross 12 minutes from time worthy of the occasion.

“It was a massive performance,” said the match-winner.

“We knew how difficult it was going to be.”