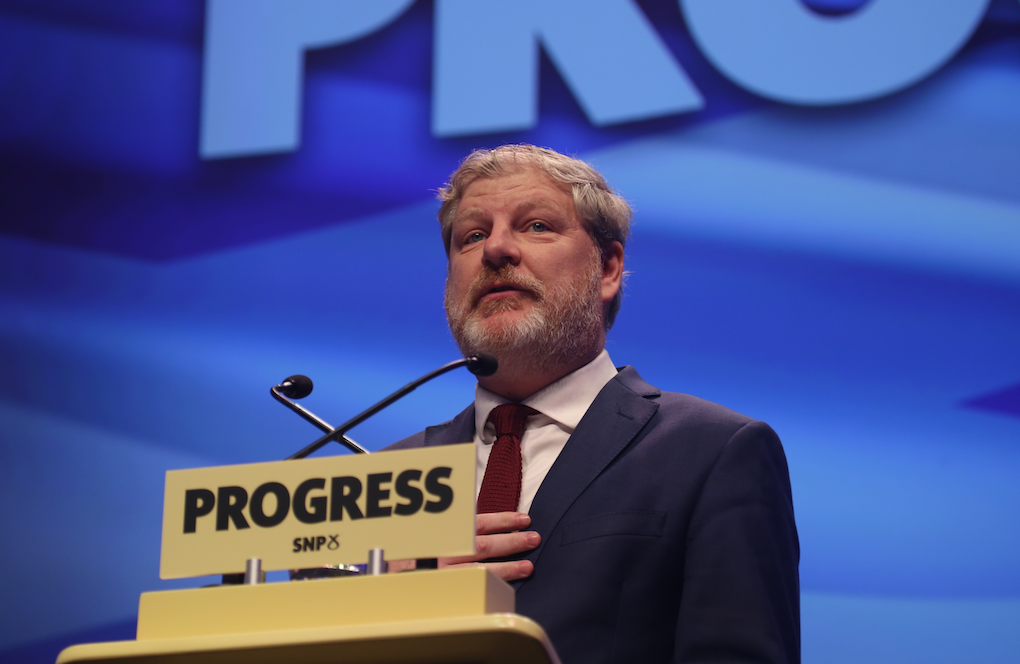 Angus Robertson is standing down as deputy leader of the SNP, saying it was “time to move on”.

In a letter to party leader Nicola Sturgeon he said that he felt he was “no longer able to fully discharge my mandate” and that he must now focus on pursuing new career opportunities.

Ms Sturgeon responded by expressing her wish that Mr Robertson would return to frontline politics.

“You should be very proud of your enormous contribution to our party’s success,” she said, “I wish you well and hope to see you back in frontline politics in the future.”

Mr Robertson had won admirers across the political spectrum for his performances in Westminster, particularly at Prime Minister’s questions.

He took on the role in October 2016, replacing Stewart Hosie, who resigned the position following claims about his personal life.

Westminster Ian Blackford is understood to be considering his options with regard to the position. 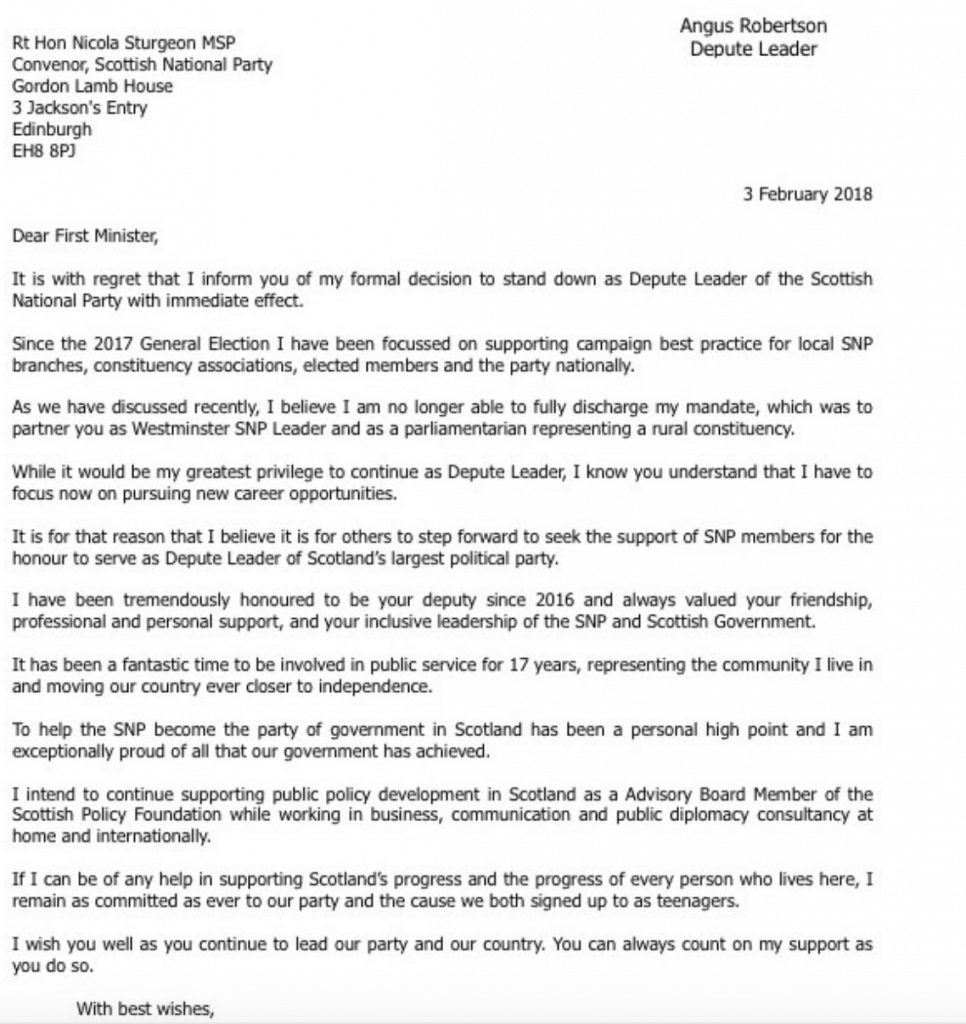