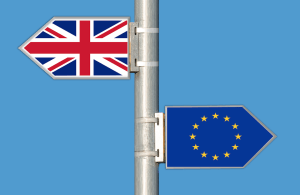 Northern Ireland may have to follow EU single market rules to avoid a “hard border”, according to a European Commission paper.

The prospect of a form of single market access for the province is rising up the agenda as solutions to the border issue become more problematic for negotiators.

It would create a trade border between Northern Ireland and Britain and a senior DUP figure has said that if that came about it would withdraw its support for the UK government.

Sir Jeffrey Donaldson said: “This fundamentally breaches the understanding reached in December and would undermine the constitutional status of NI in the Belfast Agreement.

“If the EU or Dublin believes the UK government will be signing up to a border in the Irish Sea, they are deluded. Taoiseach (the Irish prime minister) knows that.”

However, the option of Northern Ireland staying aligned with European rules and regulations will set alarm bells ringing in Downing Street and at Holyrood where the Scottish Government will insist there is no special treatment for Northern Ireland.

According to reports by Irish broadcaster RTE, the text will say that Northern Ireland may be considered part of European Union customs territory after Brexit.