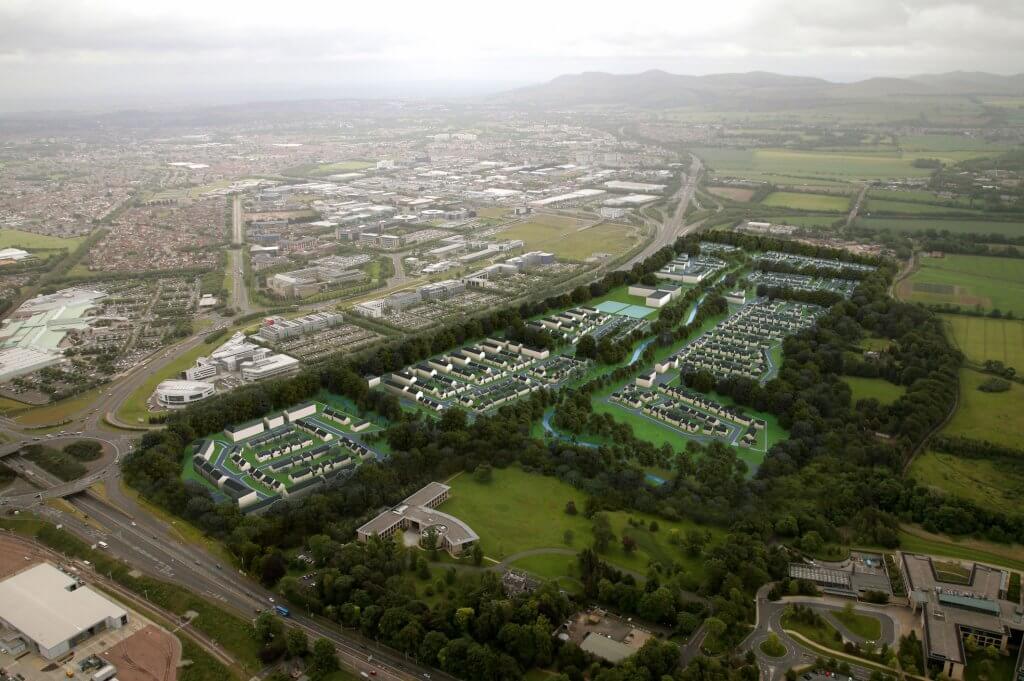 New village: homes would emerge along the Edinburgh by-pass

A controversial plan by Sir David Murray to build 1,350 homes in an area of Edinburgh’s greenbelt will be considered by government ministers.

RBS is supporting the ‘Garden District’ development after Murray Estates agreed to minimise disruption to the 6,000 people who work at the bank’s HQ.

This paves the way for ministers to consider a proposal which is backed by a majority of city councillors. They voted in favour of the plan in June 2016  against the advice of the city’s planning department which recommended rejecting the proposals as they breached several key environmental policies.

The Science & Advice for Scottish Agriculture (SASA) withdrew its objections in October.

“The city economy desperately needs a good mixture of quality housing that is well connected to Edinburgh’s growing transport infrastructure, including the new Edinburgh Gateway Station. If approved, this development will meet those needs and help unlock growth in a wonderful living environment.

“We have worked closely with those organisations neighbouring the development, not least SASA and Royal Bank of Scotland, and are now delighted to have secured their support.”

Malcolm Buchanan, chairman of Royal Bank of Scotland’s Scotland board, said: “We have held constructive discussions with Murray Capital Group and are delighted that they have committed to ensuring disruption to our HQ is kept to an absolute minimum.

“We are very supportive of growing the city’s economy and hope that this new ‘Garden District’ will help deliver a significant boost to businesses and communities in the region.”