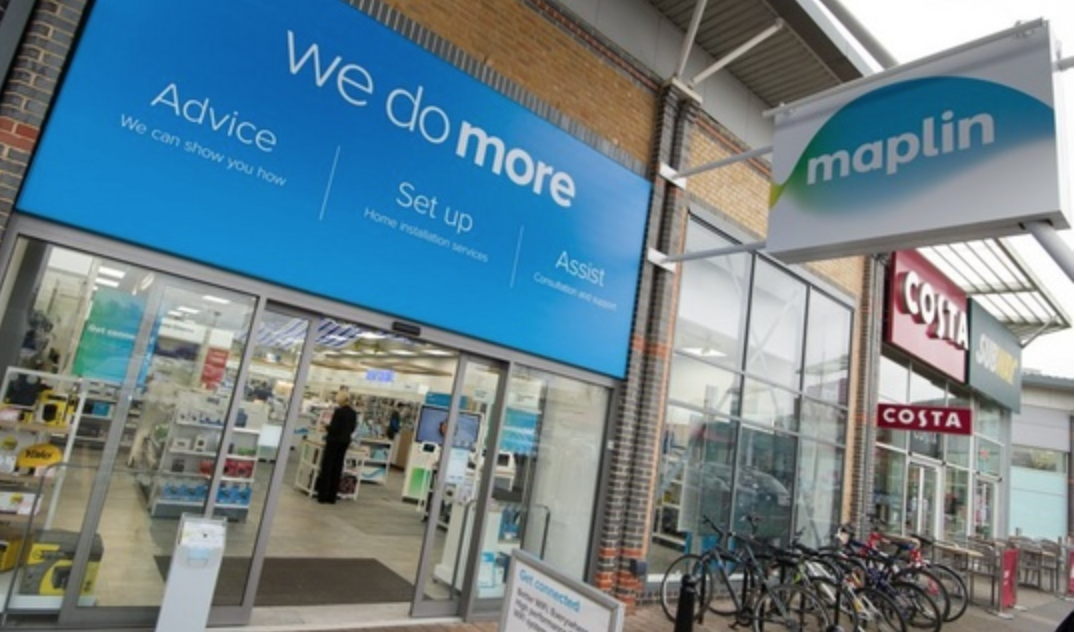 Maplin is the latest casualty on the high street

Two of the biggest retail chains, Maplin and ToysRus, were plunged into administration today as the crisis on the high street continued to claim shop workers’ jobs.

PwC was appointed joint administrator of Maplin Electronics which employs 177 staff in 16 Scottish stores among 2,335 staff in 217 across the UK and Ireland.

A solvent sale of the business had been pursued by management in recent weeks but unfortunately could not be concluded. Given the cash position of the company, the directors resolved to put Maplin into administration.

The joint administrators will continue to trade the business as normal whilst discussions take place with interested parties in an attempt to find a buyer.

Zelf Hussain, joint administrator and PwC partner, said: “Maplin has been hit hard by a slowdown in consumer spending and more expensive imports as the pound has weakened.

“Our initial focus as administrators will be to engage with parties who may be interested in acquiring all or part of the company. We will continue to trade the business as normal whilst a buyer is sought.

“Staff have been paid their February wages and will continue to be paid for future work while the company is in administration.”

Toys R Us has made a loss seven out of the last eight financial years and its decline into administration was prompted by a £15m VAT bill due today.

Shoppers who have ordered an item already on click and collect can still pick it up, but only if that item is still available in stock.

Anyone with Toys R Us gift cards and vouchers should spend them in stores as soon as possible before the shops are closed down. No more gift cards will be sold.

The retailer had a “take time to pay” service, which allowed customers to reserve a product and then pay for it gradually for 12 weeks, before picking it up. The administrators said these reservations would be honoured, provided that the outstanding balance was paid and the goods collected by 11 March.

Alternatively, customers can use their deposits towards the cost of any other item bought in a store by 11 March.

Restaurant chain Prezzo plans to close up to one-third of its 300 outlets across Britain, according to Sky News.