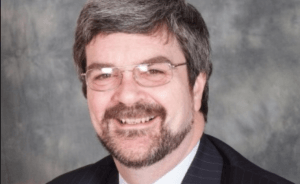 Angel investors in Linc Scotland injected a record of more than £40 million in growth businesses over the past year.

The national business angel association, whose members mostly participate through twenty or so structured angel groups or syndicates, invested £40.28m in 87 deals.

This was alongside £13.5m of public funding mostly from the Scottish Investment Bank, an of Scottish Enterprise.

LINC Director David Grahame (pictured) said: “It’s very encouraging that, even with all the financial and political uncertainty of recent years, Scotland’s angel investors have maintained and increased their support for emerging high potential businesses right through the economic downturn.

“These figures bring the total committed by our members since 2008 to over a quarter of a billion pounds.”

LINC Scotland’s membership comprises both individual investors and most of the well-known angel groups or syndicates.

LINC itself is a not-for-profit private body and has the dual purpose of representing its members in Edinburgh, London and Brussels as well as supporting the overall development of the business angel marketplace in Scotland.

This work is supported by a range of private sector sponsors and public sector economic development bodies such as Scottish Enterprise and the European Regional development Fund.