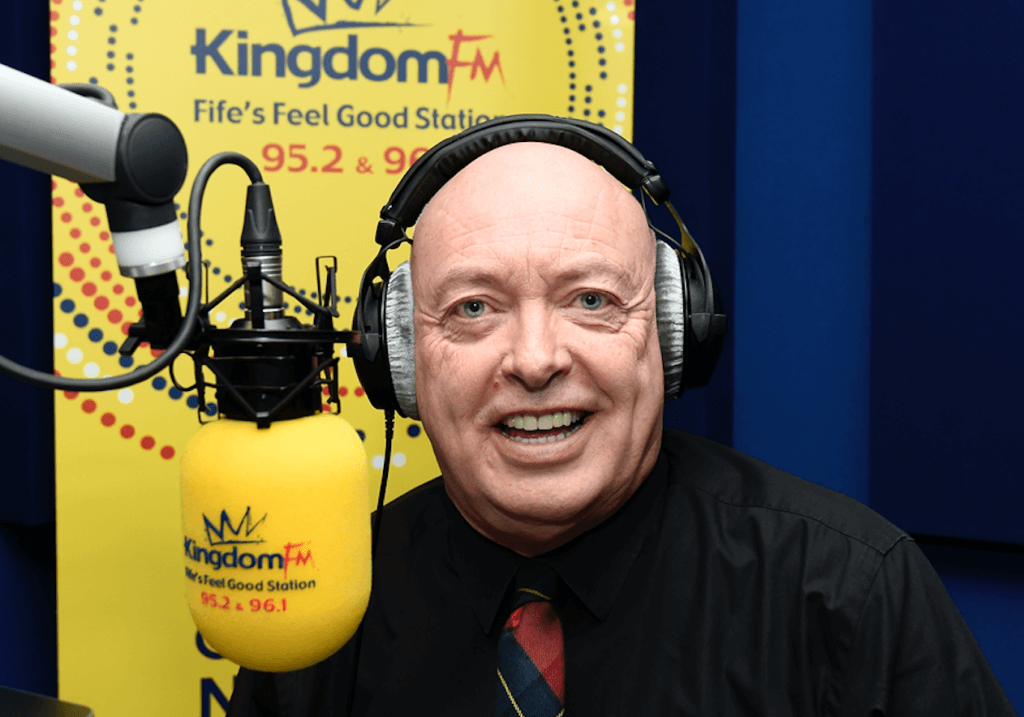 King of the airwaves: Robert Kilgour

Mr Kilgour, who is also chairman of Renaissance Care, was a founder shareholder in the station and has been a director since February 2007. He takes over from Ian Livingstone, who has led the board since March 2008.

Serial entrepreneur Mr Kilgour was a founder of Four Seasons Health Care, which he launched in his native Fife in the late 1980s.

He left the company in 2000, by which time it was the fifth largest business of its kind in the UK with more than 100 homes and 6,500 employees. He completed his financial exit from Four Seasons in 2005.

He said: “Kingdom FM is an important asset to Fife, to our many faithful listeners and to the advertisers, both local and national, who have supported us well over the years. As a local man who still has a home and family in Fife, I’m fully committed to its future.

“I’d like to pay tribute to my predecessor Ian Livingstone, who in his 10 years as chairman has overseen two game-changing moments in Kingdom FM’s history – the granting of a new 12-year broadcasting licence, and the move to purpose built studios in Kirkcaldy.”

Kingdom FM relocated in November 2016 after putting £150,000 funding in place to fund the move Markinch where it had been based for 18 years.

The station, which celebrates its 20th birthday later this year and employs 12 staff, was awarded a new licence in December 2015 by industry regulator Ofcom.

In the new studios, the station is developing additional revenue streams, including a digital communications and marketing hub for the use of local businesses, an audio-visual design suite and video production.

A planned development is the introduction of a Kingdom FM Radio Academy aimed at helping discover and train the region’s radio presenters and broadcasters of the future.

Audience figures show a third of people in Fife regularly  listen to Kingdom FM. The most recent RAJAR ratings show a 15% year-on-year increase in weekly reach.