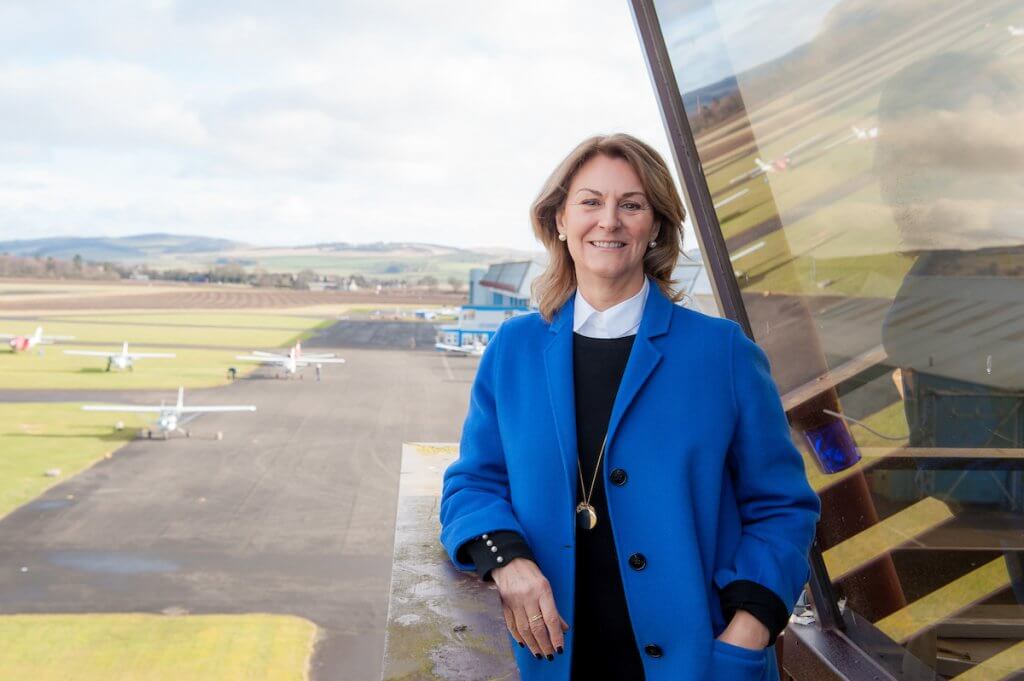 Joyce Leslie: ‘managed decline’ is not the future we envisage for Perth Airport

The long term commercial viability of Perth Airport is in question given the need for extensive investment to maintain its current operations, according to a new report.

Plant sales business Morris Leslie, which has its HQ at the Scone site, has invested around £1.5 million over the last five years, but a study estimates that £4.8m more is needed to sustain current on-site uses.

The airport’s owners have submitted comments to the local development plan asking that the airport’s restrictive “employment safeguarding” zoning be removed to allow for a mix of uses to come forward to maximise its future economic benefit under Perthshire’s ambitious development programme.

The company believes that the change would allow more flexibility in finding a sustainable future for the airport within the new economic landscape.

The findings are part of a 40-page report prepared for for Morris Leslie and Invest in Perth by consultants Ekos ahead of the forthcoming £1.84bn Tay Cities Deal and the projected £113m Cross Tay Link Road.

The Ekos study seeks to estimate future demand for airport-based activity and assess the current value of the airport to the regional economy and to estimate how this might change over the short, medium, and long term.

These options are measured against a control scenario of “managed decline” in the case of no change being permitted.

The best case scenario shows £106m of gross value added to the surrounding economy over 20 years.

Joyce Leslie, a director of the Morris Leslie Group, whose family company has been a significant local and national employer since 1974, said: “We are delighted to be working with Invest in Perth to secure a thriving future for the airport at Scone.

“This new study considers all options for the future, including our preferred course of developing the site to meet new opportunities that arise.

“The Ekos report clarifies the increasingly high maintenance costs for which the airport will be liable, which means a new business model is needed if we are to avoid ‘managed decline’. That is not the future we envisage for Perth Airport.”

Perth Airport covers a 45-acre site outside Scone and currently supports 160 jobs. Its flight operations are managed by ACS, and it is home to the Scottish Aero Club, Alba Airsports, and Scotland’s only Charity Air Ambulance, which is capable of reaching 90% of Scotland’s population within 25 minutes in an emergency.

The adjacent buildings, many of which date back to the airport’s World War II origins, are currently in residential, hospitality and industrial uses, including business incubators, generating an annual £5.9m in gross value add to the local economy according to the new report.

Although airside operations are booming, with a 10% increase in use by aircraft over the last year, the long term commercial viability of the site is in question given the need for extensive investment to maintain its current operations.