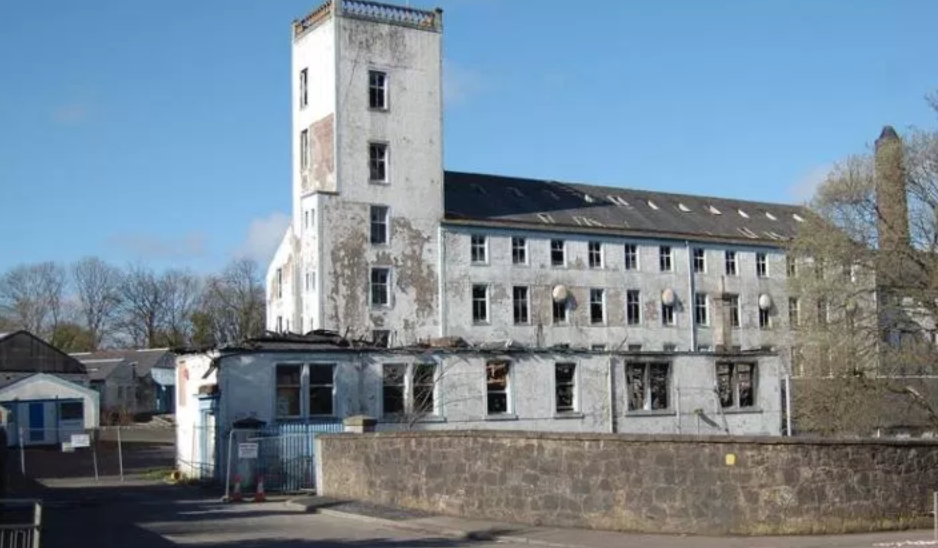 The site of a former shoelace factory has secured its first tenants to help in a regeneration project.

4th Developments has confirmed speculation last month that Aldi, Starbucks and Home Bargains will move to the site of the former Paton’s Mill in Johnstone, Renfrewshire.

Starbucks has signed a lease for a 2,300 sq. ft. drive-thru restaurant located at the High Street entrance to the development, Aldi will occupy a 17,000 sq ft. retail unit and Home Bargains will take15,000 sq. ft.

Bell Building Projects, the main contractor, has been on site since mid-December and is working towards completion of Phase 1 of the development masterplan this summer.

Claire Donaldson of 4th Consulting, also project and asset managers for the development, said: “The redevelopment of the Paton’s Mill site offers an exciting new gateway for Johnstone’s high street and as such will offer a prime location for shoppers.”

JJ O’Hara of OCO Westend, the Starbucks franchise moving into Paton’s Mill, added: “We are very excited about our move to Johnstone, we have already opened five stores to date and 2018 will see a further five new store openings including Paton’s Mill.” 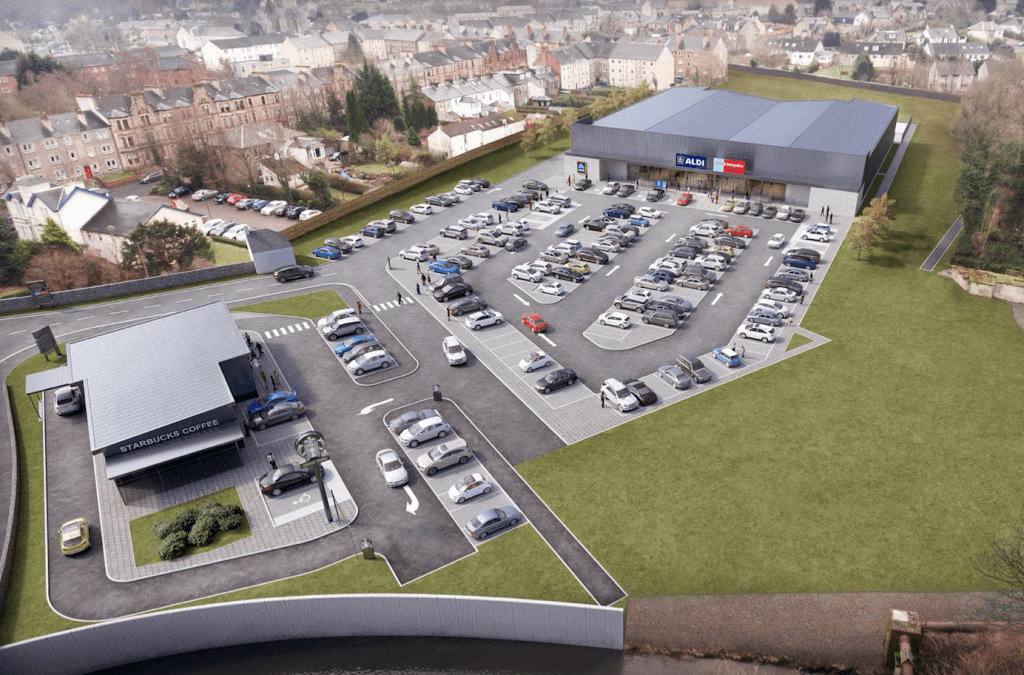 Paton’s, on the site of an earlier cotton mill, stood on a riverbank at the entrance to the town but after a long period of disuse and dereliction it was severely damaged by fire in May 2010.

The site presents a number of environmental challenges and the remains of the derelict fire-damaged structures are in a poor state of repair.

Since acquisition, the private pension fund’s appointed management team has undertaken a full review of the site and the existing structures, to assess their viability for retention.

The 10-acre site is bound by the Black Cart River to the north and Johnstone High Street to the East. Not all of the land is capable of development and the industrial uses in the past have prevented areas of the site being directly accessible to the community.

Public consultations took place in June 2016 and the redevelopment master plan was approved by Renfrewshire Council in January 2017.