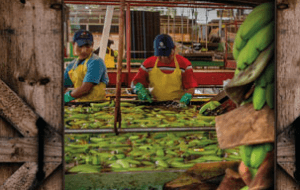 Almost half of Scottish shoppers are put off buying ethical products because they believe they are too expensive, new research has revealed.

The survey also found that 13% of consumers “don’t trust claims” made about ethically-sourced products.

The figures are revealed at the start of Fair Trade fortnight and contrast with the claim by a majority of Scotland’s local authorities to have fair trade status.

The survey, commissioned by the Fairtrade Foundation ahead of Fairtrade Fortnight beginning today, found that more than half (50.3%) were unaware of exploitation in the food chain while almost a quarter (24.2%) of consumers admit to never thinking about who produces their food and drink.

Only 9.3% of the survey admitted to ‘always’ thinking about who produces their food and drink.

Research by the Scottish Fair Trade Forum suggests a more positive approach to ethical products, pointing to 60% of consumers choosing Fairtrade products at least once a month.

Scotland was recognised as a Fairtrade Nation in 2013 after all cities and a majority of our local authorities gained Fairtrade status.

More than 80% of Scottish councils are now recognised as Fairtrade areas, along with around 100 Fairtrade communities around the country.

Fairtrade Fortnight runs from 26 Feb to 11 March and is a national celebration of the positive impact that Fairtrade has on the world.