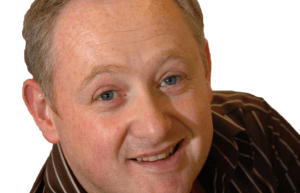 Daily Record editor Murray Foote is stepping down and, in a move likely to be seen as symbolising a shift in focus, will be replaced by the head of digital.

Mr Foote will leave on 2 March after four years in post. He is also head of the Sunday Mail in his role as editor in chief (nationals) at Media Scotland, the holding company.

He said on Twitter: “Undoubtedly some regrets but this is wholly my decision.”

Media Scotland digital director David Dick takes over as editor in chief (nationals and digital), and will report to managing director Allan Rennie.

Mr Dick worked at the Evening Times in Glasgow and was part of the team that launched the Sunday Herald in 1999 where he became sports editor then deputy editor. In 2005 he moved to The Age in Melbourne and was executive editor (sport).

He launched the paper’s tablet edition before returning to Glasgow as Media Scotland’s digital director three years ago.

With the considerable resources of Trinity Mirror he got the backing to launch the website Glasgow Live.

Commenting on his new position he said: “There is no bigger job in the Scottish media and while the industry faces challenges we have an outstanding team which will ensure a bright future for our print and digital mastheads.”