Cable calls for SNP to back vote on final Brexit deal 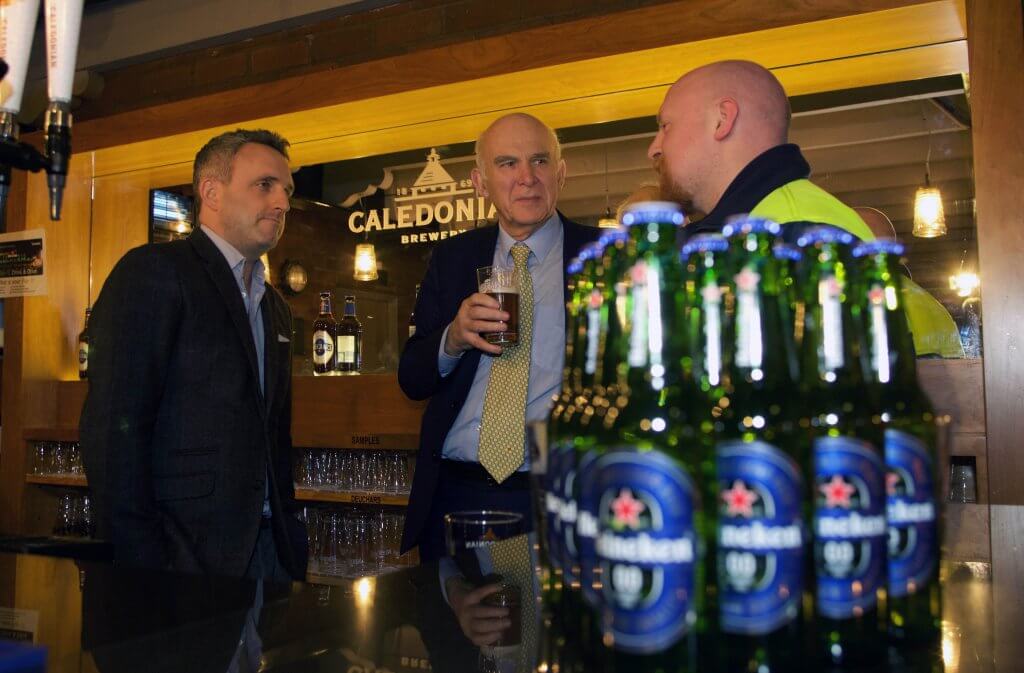 Lib Dem leader Vince Cable is urging the SNP to commit to supporting a second referendum on the final Brexit deal as the EU issues a new warning to Prime Minister Theresa May.

Mr Cable, who is in Scotland this weekend, said he still believes Brexit can be halted if enough Tory rebels and other parties join together.

“Brexit is fundamentally a disaster. On one level the SNP is working with us at Westminster but not on the final deal,” he told journalists during a stop-over at the Caledonian Brewery in Edinburgh.

“Leaving the EU will be damaging for the UK and we have to stop it. It can be stopped…but only if parties stick together.

“The headbangers in the Tory party want to take us far, far away from Europe. It will break off many of the valuable links we have.

“The Conservatives have gone in a different direction to what many people voted for. You can pursue a Brexit to stay in the single market and customs union.

He added: “We want the SNP to come out unequivocally and support a referendum on the final deal.”

He said businesses in Scotland need the SNP to get off the fence and say whether they will back a referendum on “whatever terrible deal Theresa May brings back from Brussels.”

The SNP chose to turn its fire on Labour.  Westminster leader Ian Blackford has once again urged Jeremy Corbyn to re-think his position on Brexit, and to work with opposition parties to protect the UK’s membership of the Single Market and Customs Union.

Mr Blackford has welcomed reports that Jeremy Corbyn may shift his party’s position and finally support membership of the Customs’ Union – but says he needs to go further and support the UK’s membership of the Single Market when the UK leaves the EU.

The Labour leader has thus far refused numerous invitations to meet and work with other parties, said Mr Blackford.

The party pointed out that the UK government’s own economic analysis revealed that under the three likely outcomes of the Brexit negotiations, remaining in the Single Market and Customs Union is the least damaging option.

“Labour’s position on Brexit so far has been utterly shameful – with their failure to support continued membership of the single market and customs union they have been aiding and abetting the extreme Brexit proposed by the right-wing Tories now in charge of UK Government policy,” said Mr Blackford.

As UK parties squabble among themselves, Prime Minister Theresa May’s Chequers “agreement” with her cabinet on a future trading relationship with the EU has been criticised as a “pure illusion” by the European council president, Donald Tusk.

Mrs May is expected to make an announcement next week after her inner cabinet agreed on a policy of “managed divergence” during eight hours of talks. This would allow for some continued access to the EU.

But Mr Tusk told reporters on Friday: “I am glad the UK government seems to be moving towards a more detailed position.

“However, if the media reports are correct, I am afraid the UK position today is based on pure illusion. It looks like the cake [and eat it] philosophy is still alive.

“From the very start it has been a set principle of the EU27 that there cannot be any cherrypicking of single market à la carte. This will continue to be a key principle, I have no doubt.”