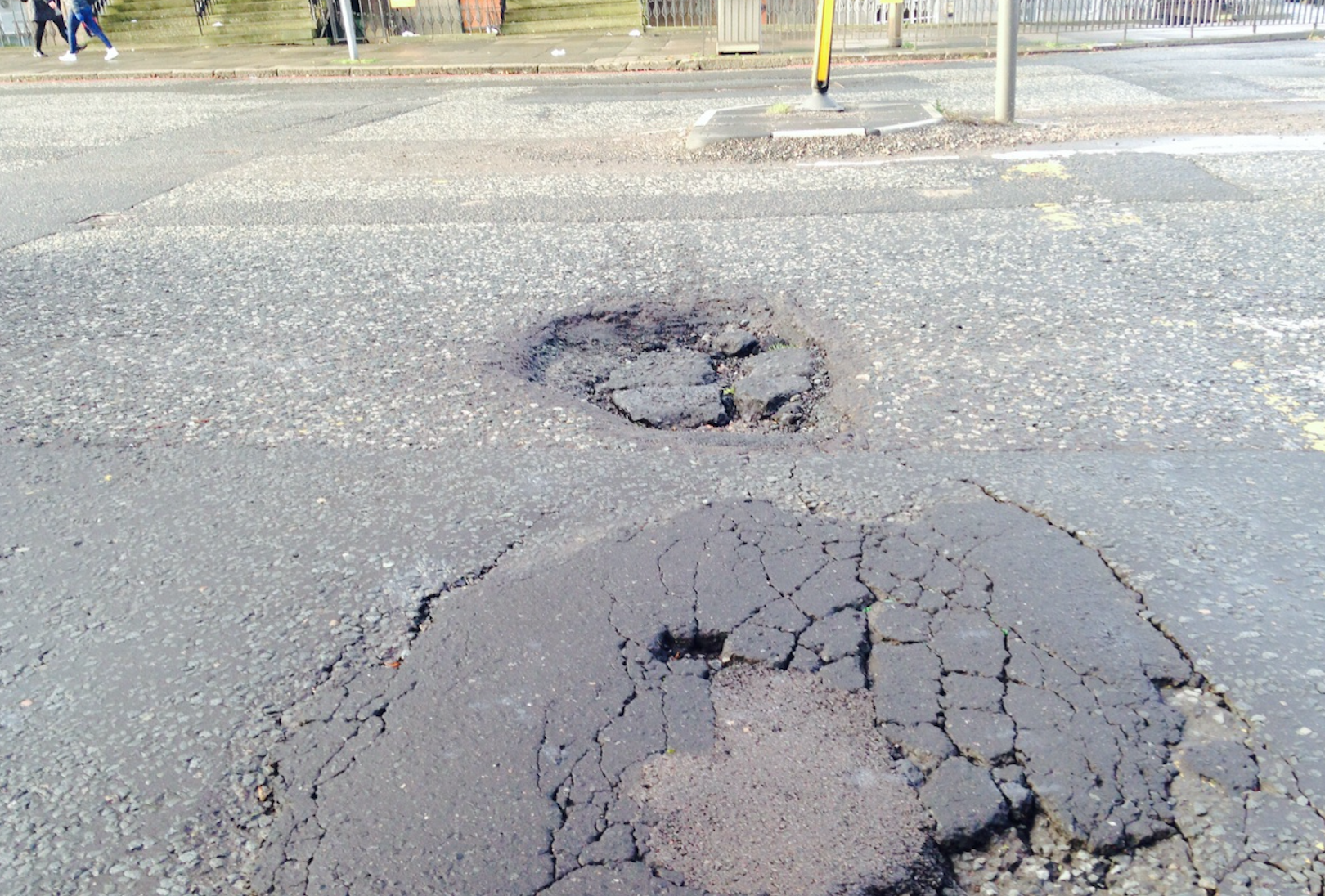 Scotland’s councils have seen funding to maintain the country’s pothole-ravaged roads slashed by a fifth over the last seven years, a new report has revealed.

In addition, spending on street cleaning is down 30%, funding for culture and leisure services has reduced by 17%, and in education, investment per school pupil has also dropped.

Overall, the report confirmed, council funding from the SNP government has plummeted by more than 7% in the last seven years.

Scottish Conservative local government spokesman Alexander Stewart said: “People right across the country are getting completely fed up with the state of roads.

“From motorways to small residential streets, there are just too many potholes and too many problems.

“We can now see the reason for this is the SNP’s decision to slash funding.

“The SNP government now needs to explain why it has decided to do this, and why it thinks motorists don’t deserve to drive on good quality surfaces.

“Clearly council budgets have been cut to the bone by the SNP.

“That’s nothing to do with Westminster, Brexit, or anything else the nationalists like the point their finger at.”“It’s a choice made by this SNP government which hard-pressed local authorities are struggling to live with.”

“The SNP claims that education is its top priority, most especially cutting the attainment gap.

“However, this report shows that there are concerns about how the SNP’s reforms are being implemented and that this could be jeopardising that very goal.

“The SNP government asked to be judged on education. To date, there is little sign of progress.”