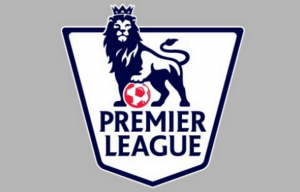 BT and Sky have won five of the seven live broadcasting rights packages put up for auction by the English Premier League for seasons 2019 to 2022.

The two broadcasters were able to retain their dominance despite both reducing the amount they will pay.

However,  BT Sport is paying £9.2m per game, compared to £7.6m in its existing agreement. Sky will pay less per match than under the last deal.

The two companies will jointly spend £4.4 billion to screen 160 Premier League games per season over the three seasons. In the last auction, BT and Sky paid £5.1bn to show 168 games and some analysts believe the new deal indicates that the level of support for TV rights may have peaked.

There are a total 200 matches for broadcast with two packages of 20 games each still subject to bids with expectations that Netflix and Amazon could be among those interested.

BT Sport will pay £885m to broadcast 32 football matches per season on Saturday with kick-off at 12.30pm.

Under its previous agreement, BT paid £960m over three years to show 42 games per season.

Sky Sports is paying £3.5bn to screen 128 matches per season. Its rights include 32 games on Saturday beginning at 5.30pm.

The Premier League says the two live packages still to be sold have received “interest from multiple bidders”.

Premier League executive chairman Richard Scudamore, says: “To have achieved this investment with two packages of live rights remaining to sell is an outcome that is testament to the excellent football competition delivered by the clubs.”