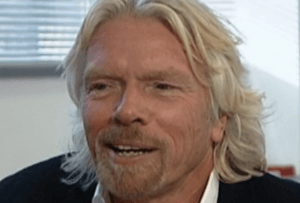 Sir Richard Branson has announced that Edinburgh will be the location for the first Virgin Hotel outside the United States.

The group will take over the India Buildings at the top of the city’s popular Victoria Street, which also already secured permission for a hotel despite local opposition.

The building, which cascades down the hill to Cowgate, will be converted into a 225-room high-end hotel with multiple dining and drinking outlets, It is expected to open in 2020.

It will also aim to become a major music venue for the city which has lost a number of clubs for live sessions. It will create 200 full-time jobs are expected to be created at the hotel.

Sir Richard said: “Edinburgh is such an iconic city and we’re thrilled to be able to say it will be the home of the first Virgin Hotel in the UK and across Europe.

“My grandparents were from Edinburgh, so Scotland has always held a special place in my heart.

“The people of Edinburgh have been so great in welcoming us to their great city; we can’t wait to open our doors to people across the country and, indeed, the world.”

However, the hotel plan has faced fierce opposition since developer Jansons bought the property in 2014.

Objectors said the land had been designated for libary and community use and community councillor Simon Byrom spent a week living in a tree on the site, until it was cut down.

“It’s a top travel destination, it’s an amazing place. I spent my tenth anniversary there. It’s an ideal location.”

The first Virgin Hotel opened in a historic building in Chicago. Mr Leal said: “It’s very fitting that our first hotel in Europe is a historic landmark building like Chicago.”