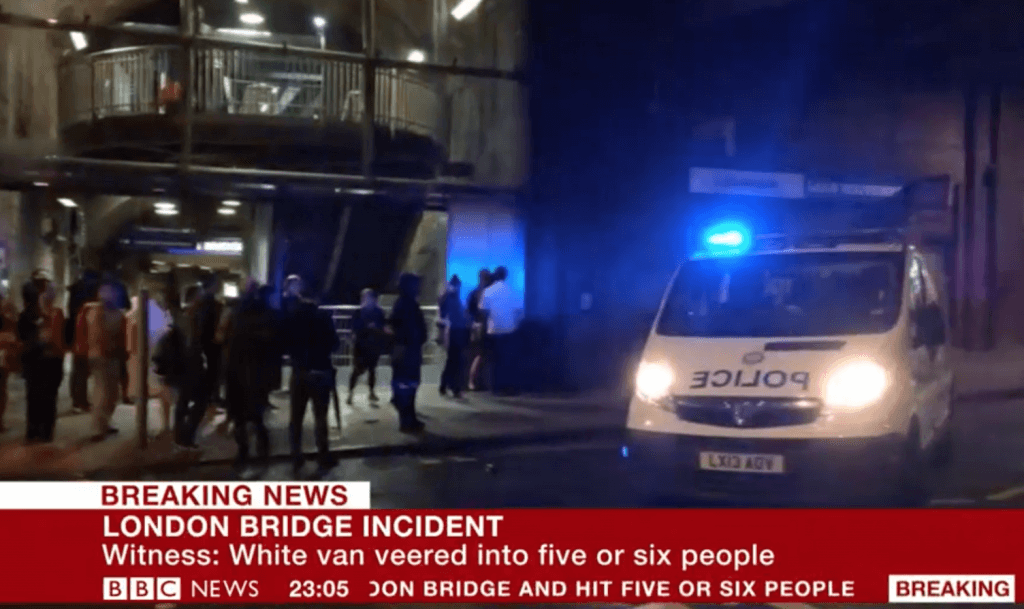 The London incident highlighted the problem of using vans as weapons

Vans and lorries have been used as weapons in some of Europe’s terrorist attacks. From Barcelona’s Las Ramblas to the London Bridge incident, terrorists have been using rented HGVs to cause these outrages.

As a result, the UK has been considering additional checks for van hire in an attempt to deter terrorist attacks.

Are there new regulations?

Rental companies are now being told they need to be more aware of who is hiring their vans. Companies have been encouraged to report any suspicious customers to the police.

The government, police and van rental industry are keen to find a way to deter future terrorists and have been discussing ways to implement stricter regulations for van rental.

A spokeswoman for the government commented: “The threat from terrorism is changing and so must our response. That is why we are reviewing our counter-terrorism strategy and powers and why we have ploughed extra resources into counter-terrorism.

“The Department for Transport is also working with the police and the vehicle rental industry to explore what more can be done to prevent the malicious use of hire vehicles. This includes looking at what more rental companies could do before an individual can hire a vehicle.”

It has been suggested that rental companies might need to cross-check customers with police against terrorist watchlists, before any individual can hire a vehicle.

The majority of staff at rental companies are already vigilant and aware of criminal activity with access to an industry database of suspect customers – however, until now, this database was only to check against identity, credit and insurance. Could this database be extended to more significant, sensitive information in the future?

Reducing the risk of hijacks

As in-car technology advances, vans can be fitted with cyber technology to make it difficult for potential terrorists to hack the system. There could be some lifesaving technology in the pipeline that could prevent vehicle ramming attacks in the future.

The government is hoping to develop ‘geo-fencing’ systems to prevent unauthorised vehicles from entering security sensitive areas. The system would rely on satellites and when a vehicle crossed the electronic boundary, the system would automatically connect with their in-car system and control their speed at a safe level.

Fleet Source, a leading provider or training and auditing services for the road transport industry, has developed the UK’s first Terrorism Risk and Incident Prevention suite of products and training to support fleet operators – named ‘TRIP’.

Its aim is to reduce the risks of commercial vehicles being used as a weapon in terror attacks. The products and services serve to educated fleet operators, managers and drivers of the risks of terrorism, the nature of the threats and safety precautions that can be implemented to reduce the possibilities of their vehicle being hijacked, stolen or used in a terrorist incident.

The developments of in-car technology suggest we are significantly close to rolling out fully autonomous vehicles. We already have systems which keep us in our lanes on dual carriageways and motorways, systems that can parallel park our vehicles for us, and software that automatically maintains a safe, steady speed on the UK’s roads.

Officials worry that autonomous lorries and trucks could play a crucial role in mitigating their use as rolling weapons. However, legislation has been passed to say that all autonomous vehicles will be armed with cybersecurity technology so that it is extremely difficult, if not impossible to hack the system — meaning that they can’t be used as an accessory in a terror attack.