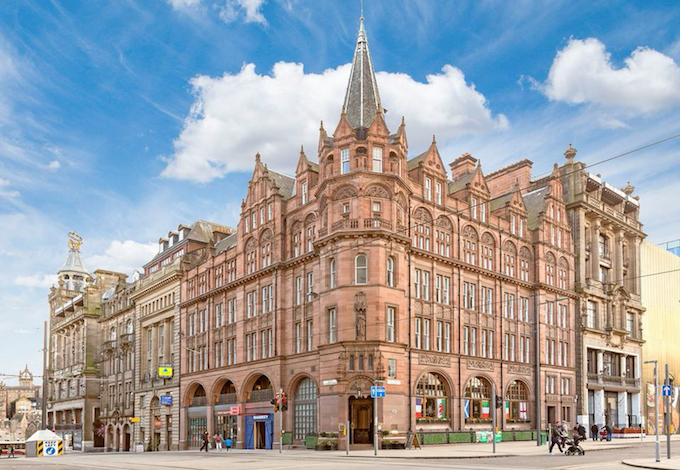 A further letting has been announced for refurbished offices in central Edinburgh.

Both organisations have signed 10-year leases on a total of 7,700 sq ft of office space. The building is now more than 70% let.

The new offices were designed with a modern ‘defurbished’ warehouse feel, whilst integrating sensitively with the traditional features of the original building.

The fund owns the entire south side of St Andrew Square and has invested more than £90 million in Edinburgh city centre in the past three years.

“After buying the property, we had a vision to create a contemporary office environment which championed high principles of sustainability through creative recycling of the existing building and an extensive redevelopment.

The £90 million plan spans a development area of 2,700 sq.m. and includes the historic sandstone Grade A-Listed Custom House and its former stable block, together with two adjacent tenement buildings straddling the corner of Clyde Street and Dixon Street.

Artisan purchased the site in August last year and agreed a leasing deal with the Dalata Hotel Group in November to bring Scotland’s first Clayton Hotel to the Custom House – a four-star development including 300 bedrooms, a bar, restaurant and conference facilities.

A 150-room aparthotel is also planned for the adjacent tenement buildings, together with street level bars and restaurants.