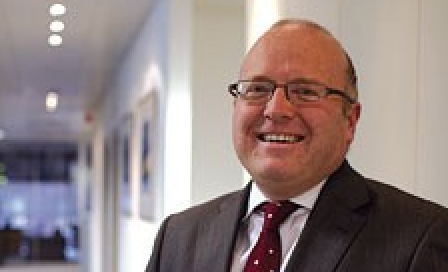 Keith Cochrane: steps down in April

Carillion, the troubled construction firm, is being investigated by the Financial Conduct Authority over the timing and content of a series of trading updates.

The company, led temporarily by former Weir, Stagecoach and ScottishPower executive Keith Cochrane, lost 90% of its value last year. The shares fell 8% this morning following the FCA announcement and were trading 5.4% lower in mid-afternoon.

In July, Carillion’s shares plunged 38% after it warned annual results would be “below management’s previous expectations” and wrote off £845m. Mr Cochrane replaced chief executive Richard Howson as interim CEO.

In October the company appointed Andrew Davies, the current chief executive of UK privately-owned construction group Wates Group who spent the bulk of his career at BAE Systems, to take over from Mr Cochrane.

Mr Davies will take up the role on 2 April and Mr Cochrane will continue to lead the group until then.

Since Mr Cochrane took over, the group has offloaded business units and completed a refinancing in an effort to secure the group’s future.

In September Carillion announced it was replacing its finance director with the head of its construction arm, and promoted the head of Carillion Canada to chief operating officer.

In November Carillion admitted it was in breach of loan terms to its lenders including HSBC, Barclays and Royal Bank of Scotland.