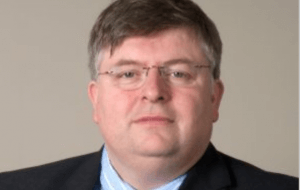 The SPFL has today announced the appointment of a team of in-house and external legal advisers.

Following a tender process, Rod McKenzie (pictured) has been appointed as Legal Counsel to the SPFL, joining the League in a part-time in-house capacity. Mr McKenzie is retiring from Harper Macleod.

Mr McKenzie said: “When I was retiring from Harper Macleod it was of importance to me to continue my relationship of almost 20 years with the SPL/SPFL, the last 16 years of which has been as its principal legal adviser.

“This appointment has enabled me to continue the work I have been undertaking for the League and I am grateful to the SPFL Board for allowing me this exciting opportunity at what is a critical time for the game in Scotland.”

Neil Doncaster, chief executive of the SPFL said: “I would like to thank the team at Harper Macleod for their advice over the past 20 years.  I am looking forward to working with a new team of legal advisers, which includes some of the best legal minds in sports law from across the UK.”