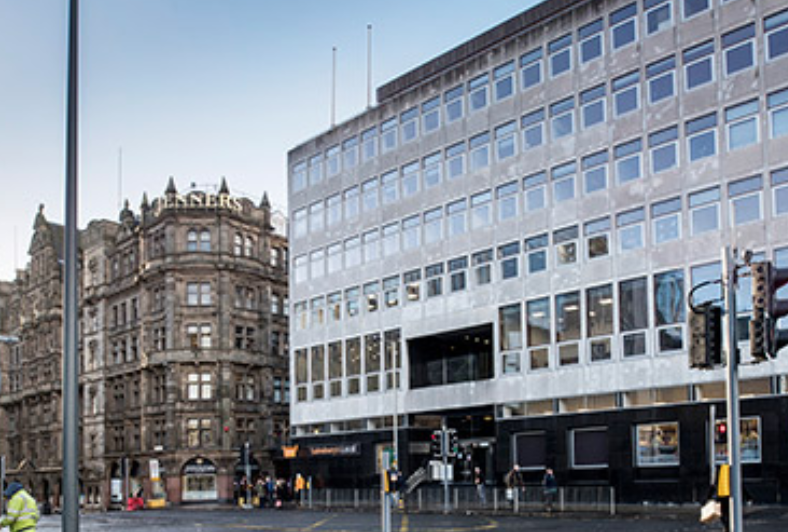 A prominent office and retail block in Edinburgh designed by Scottish architect Sir Basil Spence has changed hands in a £26 million deal.

Rockspring has acquired numbers 9-10 on the west side of St Andrew Square on behalf of Hanover Unit Trust, from a US investor which has owned it for 17 years.

It was built in the 1960s as the head office of Scottish Widows and occupies the same site as the company’s previous headquarters before it relocated to Morrison Street.

In the early 2000s, the ground floor was converted to a Sainsbury’s supermarket.

The nine-storey building occupies a prominent position in an area which is being transformed into the city’s “cuisine quarter” with new restaurants opening on two sides of the square.

It faces Jenners department store on on side and the new Standard Life Aberdeen offices and Ivy restaurant.

It was acquired by US investment business Mont Regis in 2000.

Smolka Strachan advised Mont Regis on the sale to Rockspring, which was advised by Cuthbert White.