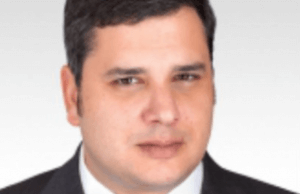 Mr Simoes, who was initially appointed as senior vice president – global sales in October, took over as interim chief executive of the Edinburgh company in November following the departure of Marcus Kneen.

He is an experienced global sales leader in the security industry, with more than 13 years experience in the sector.

Prior to joining the group he spent nearly six years with Avigilon Corporation where he was ultimately responsible for leading its global salesforce and driving revenue worldwide.

George Elliot, chairman, said: “I am delighted to be able to announce Pedro’s appointment as chief executive officer of IndigoVision.

“We believe he is the right leader to drive the group’s sales and increase profitability by focussing on innovative security solutions for our customers.”