Papers to be published 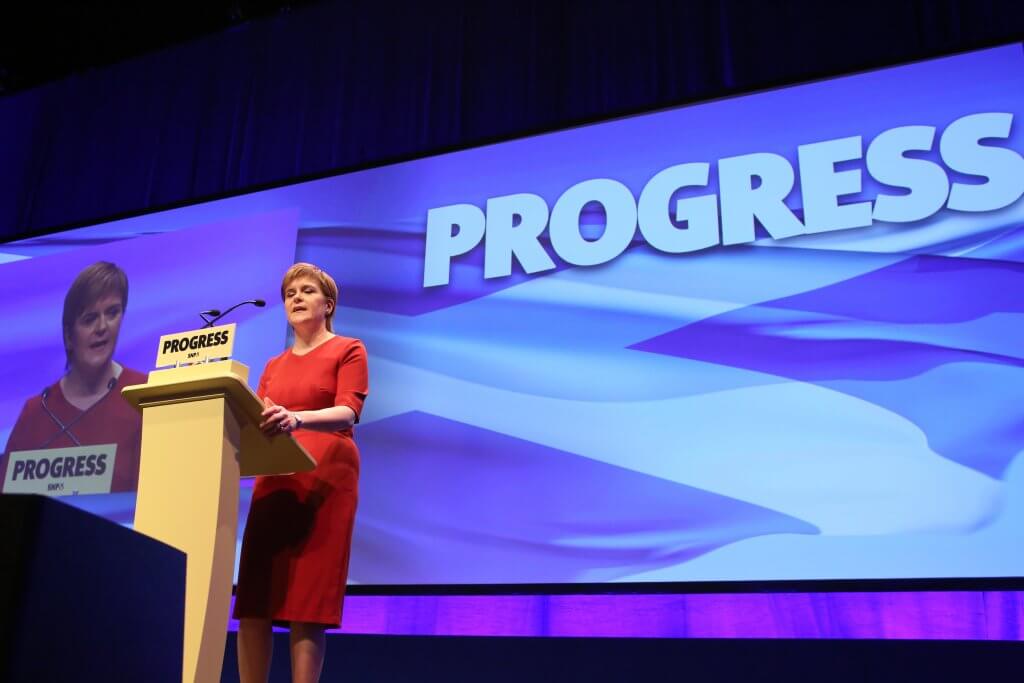 The Scottish government is to publish an analysis of the economic impact of Britain leaving the European Union.

First Minister Nicola Sturgeon said it will examine each of the likely post-Brexit trade options facing the UK.

The analysis will be included in a forthcoming paper from the government on Scotland’s future relationship with Europe.

It follows an infamous admission by UK Brexit Secretary David Davis to a Commons committee before Christmas that the UK government had no impact assessments for any sector of the economy.

Ms Sturgeon said talks on the UK’s future relationship with the EU are expected to start at the end of March.

In a statement she said: “The UK Government had to give up on all of its hard-line positions in phase one of the talks which ended in December.

“That shows that they can and should be forced to adopt a more sensible approach going into the next stage.

“The Scottish Government believes that continued membership of the EU is the best option for Scotland and the rest of the UK. However, if the UK Government is intent on Brexit, it must ensure that the damage to our society and economy is minimised. Quite simply, that means staying in the European Single Market.

“Now is therefore the time for all those determined to keep Scotland and the UK in the Single Market – the world’s richest marketplace, of 500 million people – to speak up and work together. These next few months are a window of opportunity.

“The Scottish Government will shortly set out the realistic options facing the UK outside the EU – reverting to World Trade Organisation rules, a basic free trade deal or remaining within the Single Market and Customs Union.

“We will detail the impact each will have on incomes, economic growth,  investment, productivity and other economic measures that will determine our prosperity.

“Over the coming months we will also set out the new opportunities for Scotland if we stay inside the developing Single Market and Customs Union, and why it is essential that we have the ability to continue to attract workers to Scotland.

“The decisions taken in the next few months will be crucial for jobs, wages and opportunities for future generations.”