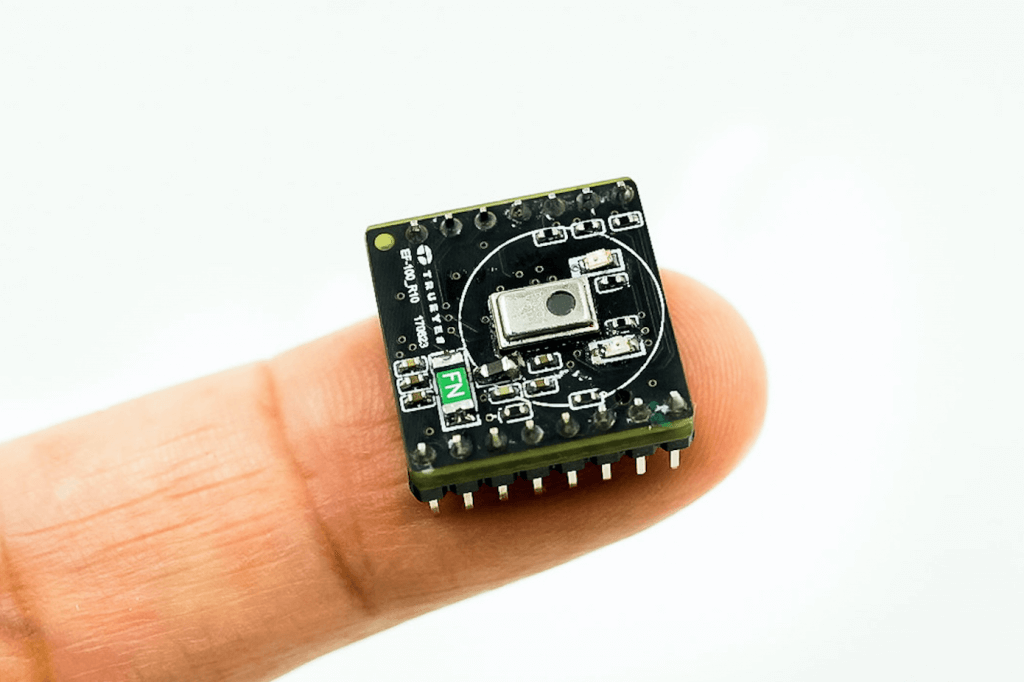 A Scottish designed chip is a component in this fire detector

A Scottish company’s unique sensor technology is being used in a fire detection device developed by a South Korean company.

Pyreos, the Edinburgh-based sensor developer and manufacturer, has revealed that its ezPyro chip is incorporated in the world’s smallest flame-sensing module.

Korean firm Trueyes says the module can detect fire at a distance of up to 35 metres. It will be used in cameras, thermal imaging equipment, motion detectors and IoT devices.

Target markets include devices for homes, factories and warehouses in China, Japan and Korea.

Andrew Wallace, CEO at Pyreos, added: “This is an exciting implementation of our ezPyro product.

“We are looking forward to new flame and gas detection modules being launched based on our ezPyro family of products.”

Pyreos launched its ezPyro chip at the Sensor+Test measurement fair at Nuremburg in Germany in May 2016.

The company recently secured £1.7m of funding from a syndicate of new investors led by Jon Moulton’s family office, Perscitus, alongside existing shareholders.

Its technology was developed by Siemens, from which Pyreos was spun out in 2007.

The company, which is based at the Scottish Microelectronics Centre in Edinburgh, grew last year’s revenues by 50%, with exports accounting for 81% of sales thanks to growth in major markets including China, Korea, India and the United States.