Overton steps up as food and drink chairman 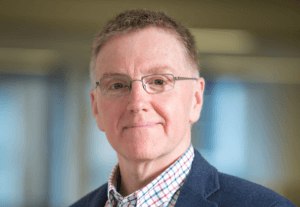 Scotland Food & Drink has announced the appointment of Dennis Overton as chairman to succeed David Kilshaw who is retiring.

Mr Overton will take up post from 1 April following three years as vice chairman and he is one of the founding directors of the organisation. He has been on the board since 2007.

He co-founded Scottish seafood business Aquascot in 1987 and now chairs the board of the trust which owns the business on behalf of the 200 employees.

Mr Overton chaired the UK Soil Association from 2014 to 2017 and he was awarded an OBE in 2014 for contributions to economic development in the Highlands and Rwanda.

David Kilshaw steps down having been involved in Scotland Food & Drink since its conception. He chaired the Industry Strategy Group that led to its creation.

He was its vice chairman for seven years, before being appointed chairman in 2015.

He continues to play a leading role in the sector as chief executive of Insignia Technologies, the smart packaging business which is at the forefront of the fight against food waste.

He also continues as chairman of seafood business Joseph Robertson and free-from bakery business Lazy Day Foods. In 2006, Mr Kilshaw received an OBE for services to the Scottish food and drink industry.

He said: “It has been a privilege to have been at the heart of Scotland Food & Drink’s journey over the last ten years – it was a pioneering concept of leadership and collaboration between the industry, the government and its agencies.”

Mr Overton added:  “Our food and drink industry has gone from static growth ten years ago to becoming the best performing sector in Scotland’s economy. David Kilshaw’s leadership has been central to that.

“He had a vision for a collaborative leadership body, to forge a deep partnership cross industry and the public sector and drive a new era of growth. We have seen that vision become a reality in recent years and we have the strongest ever platform to now build on. “