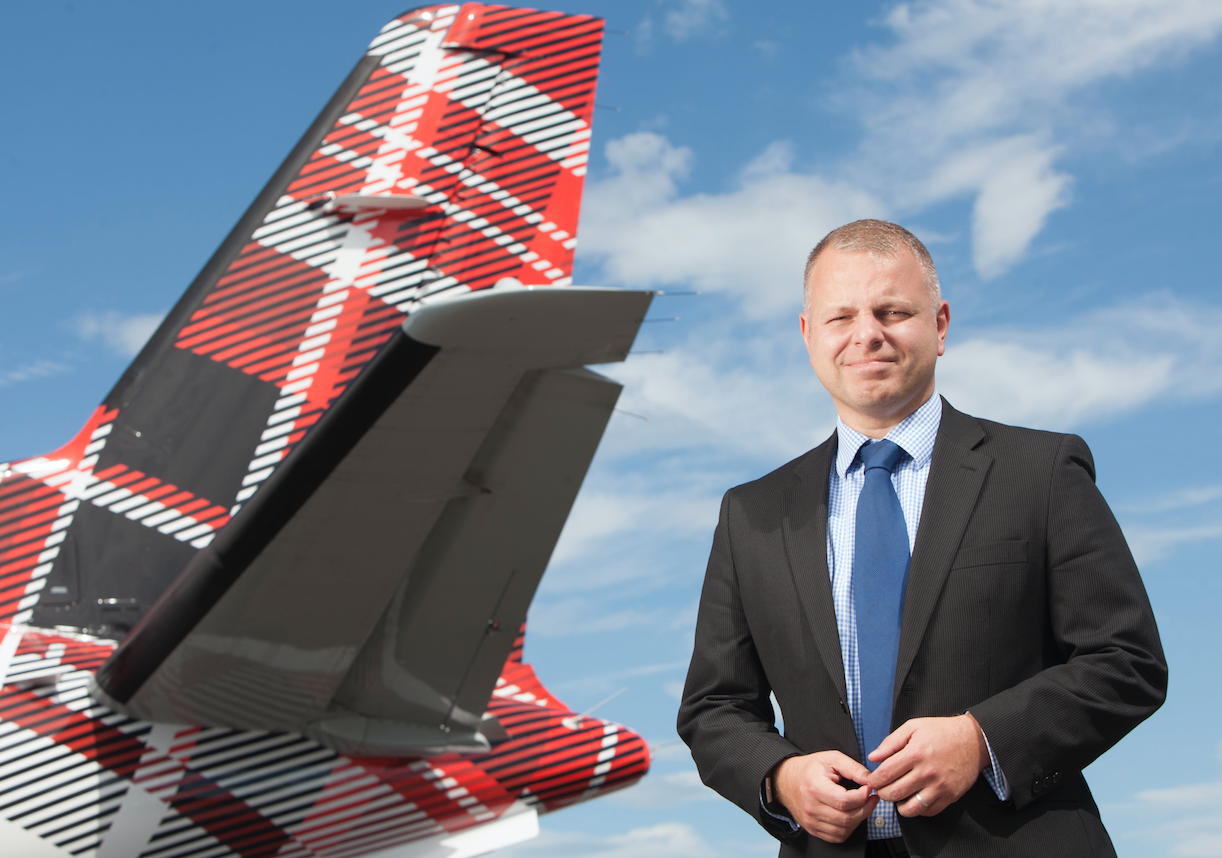 Scottish airline Loganair has reported an 11% fall in pre-tax profit and expects to be loss-making this year following the costs of reshaping the business.

Aside from  investing in in re-branding and the start-up costs of new contracts it has also faced  competition on a number of routes since September.

Despite the profits fall, the business has seen some improvement in trading performance.

Punctuality increased over the period, with 80% of flights departing within 15 minutes of schedule, the industry standard.

This is the result of a programme of substantial investment in engineering resource and raised Loganair to third place in the UK airlines punctuality league table, up nine places from the previous year.

Several existing Public Service Obligation (PSO) routes were re-awarded during the year, including the Orkney Inter-Isles service, which Loganair has operated for the last 50 years. The Dundee to Stansted and Stornoway to Benbecula routes were also renewed.

A new and enlarged five-year contract with Royal Mail started in February, with Loganair now being Royal Mail’s only aviation provider within its intra-Scotland network.

Two Saab 340 aircraft were permanently converted to freighter configuration to handle the move from two to five daily contracted operations, expanding the fleet on the contract from two to four freighters.

Long term charter contracts were secured with major oil and gas operators, including Fairfield, Shell and Total, operating via Loganair’s hub at Sumburgh – now its second busiest airport after Glasgow – to fields in the North Sea, north-east of Shetland.

The company carried out its first staff survey, with 81% of respondents saying they were proud to work for Loganair – safety, customer service and community engagement being the main focus of their work.

In November 2016, Loganair announced that from the start of September 2017, it would no longer be a franchise partner of Flybe, and would “fly solo” for the first time in 25 years.

This required a new reservations system and bookings website to support own-brand activity – and these were implemented in March last year, along with a customer contact centre at the company’s Glasgow Airport headquarters.

It has revealed that it is the early stages of a long-term plan to replace its fleet, aiming to reduce the wide range of aircraft it currently uses, which result in a complex engineering operation. A programme to remodel the interiors of the airline’s 12 Saab 340s, the 34-seater workhorse of the fleet, is nearing completion.

“As a result of the re-branding, start-up costs of new contracts and the advent of competition on a number of routes from September 2017, Loganair expects to be loss-making in the 2017/18 financial year,” he said.

“To safeguard our ongoing programme of investment, existing facilities with Clydesdale Bank have been renewed, and Loganair’s shareholders have advanced a £3m loan.”

Managing director Jonathan Hinkles said: “We have made a successful transition from franchise partner to operating under our own brand, and we are delighted with the excellent customer reception of our new product and branding within our core markets.

“This has been key to our ability to compete successfully on a number of routes.

“We now have the freedom to implement new initiatives to make travel more convenient and affordable for our customers, and we have abolished credit card payment surcharges, introduced earlier opening of on-line check-in and removed ID checks at boarding gates.

“We have also re-launched a codeshare agreement with British Airways, connecting our passengers to short and long-haul flights, and entered into an agreement with easyJet, which allows our flights to be marketed on that company’s website.”