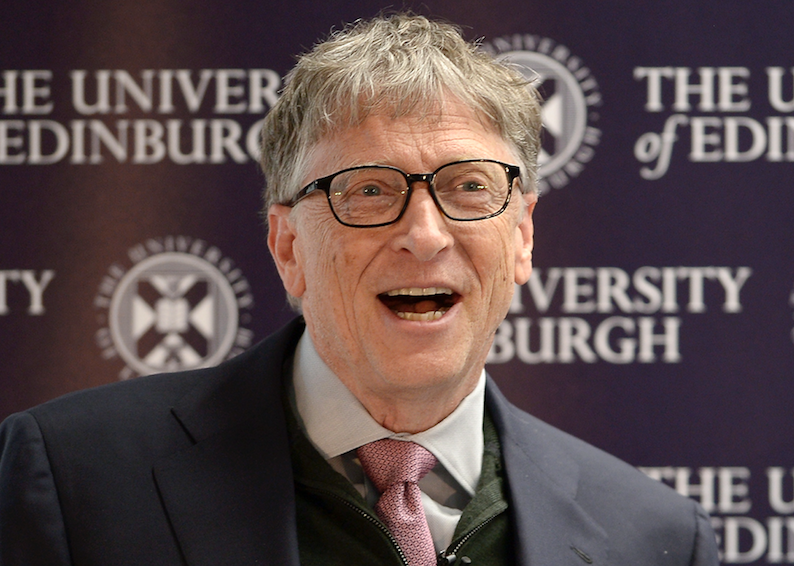 The Bill and Melinda Gates Foundation has funded research into improved livestock health that will help lift the world’s poorest out of poverty.

Speaking at an event to launch the University’s Global Academy of Agriculture and Food Security, Mr Gates and Ms Mordaunt showcased how UK research is ensuring healthier, more productive animals for farmers in the UK and around the world.

The Gates Foundation announced an additional $40 million (£28m) over five years for the Global Alliance for Livestock Veterinary Medicines (GALVmed), a public-private partnership based in Edinburgh.

It develops livestock vaccines, medicines and diagnostics and makes them accessible and affordable to millions of the poorest smallholder farmers across Africa and South Asia.

The role of the CGIAR is to deliver new agricultural technologies to support food and nutrition security and growth.

In addition, The Centre for Tropical Livestock Genetics and Health (CTLGH) will receive £4m of government support. CTLGH is a joint venture between The Roslin Institute at the University of Edinburgh’s Royal (Dick) School of Veterinary Studies, Scotland’s Rural College (SRUC) and the International Livestock Research Institute (ILRI). The Centre has two main nodes, one in Edinburgh and one in Nairobi.

The University’s Global Academy for Agriculture and Food Security is a major research and teaching initiative focused on safeguarding the future of the world’s food supplies.

Speaking ahead of the visit, Mr Gates said: “For over a billion people living in the world’s poorest countries, agriculture and livestock are a lifeline out of poverty.

“The science and research being led by the great minds here in Edinburgh are making huge strides in improving the health and productivity of livestock.

“With this investment in GALVmed (Global Alliance for Livestock Veterinary Medicines), we can take advantage of the UK’s leading R&D capabilities to fight the spread of livestock diseases, both protecting animals in the developing world and here in the UK.

“The Bill and Melinda Gates Foundation’s investment of $40m will help GALVmed make vaccines, medicines and diagnostics accessible to millions of the world’s poorest smallholder farmers.”

Edinburgh University principal Prof Sir Timothy O’Shea said: “Feeding the world’s growing population well while protecting the natural systems on which we all depend is one of the greatest challenges facing humanity.

“In addition to world-class research, our Global Academy of Agriculture and Food Security will equip future leaders with the knowledge and expertise to tackle this challenge and safeguard the future of the world’s food supplies for generations to come.”

Later, Mr Gates met First Minister Nicola Sturgeon and heard a presentation on work being carried out as part of the NHS Global Citizenship Programme.