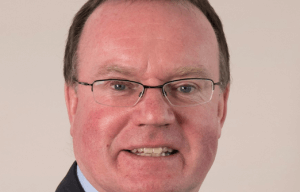 Scottish listed companies have been credited with greater resilience to uncertainty after last year issuing the lowest number of profits warnings for six years.

The 13 warnings, which included Weir Group and Havelock Europa, compared to 19 in 2016 and just six in 2011, according to EY’s latest Profit Warnings report.

Colin Dempster (pictured), EY’s head of restructuring in Scotland, said: “Scotland’s business landscape has been peppered with more political elections in recent years than the rest of the UK.

“Elections always create an element of uncertainty and arguably Scotland’s increased exposure to this has helped companies build tolerance to ambiguity caused by external factors.

“Many industry leaders in Scotland have a positive outlook and are focused on seizing opportunities that could be on the horizon.”

For the UK 2017 was a year of two halves, with both the number of profit warnings and investor reaction increasing significantly in the final two quarters.

According to the report, 30% of all profit warnings in 2017 cited cost and competitive pressures, compared to 16% in 2016. Contract uncertainties also continued in 2017, with 25% of companies citing delays or cancellations, including 40% of warnings from the FTSE Support sector and 60% from FTSE Software & Computer Services.

Mr Dempster added: “The UK-wide increase in restructurings and profit warnings reflects the pressure building across a significant portion of the UK economy.

“Companies that issue profit warnings are now under greater scrutiny and investors are reacting with less patience, especially in sectors where shareholders view warnings as a sign of deeper issues rather than a one off event.

“In 2018, inflationary pressures may ease, but new challenges are emerging and some existing concerns – most notably Brexit – will come to a head. There are still many opportunities to capture growth; but the cumulative impact of rising costs, slowing growth and increasing competition will continue to expose weaknesses in any company struggling to get a handle on this changing economy.”