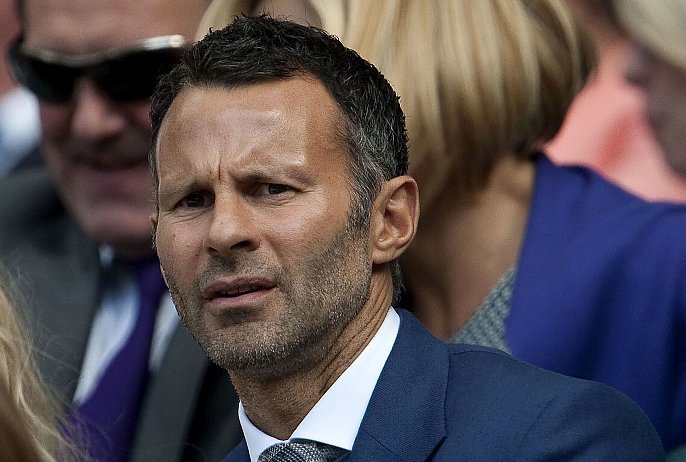 Ryan Giggs has signed a four-year contract to take over as Wales manager (pic: SNS Group)

New Wales boss Ryan Giggs has targeted qualification for the 2020 European Championships after being named as Chris Coleman’s successor.

The former Manchester United star was the No. 1 target for the Welsh FA and has signed a four-year contract.

“I am so proud to have been given the honour of managing the national team,” he said.

“The challenges that we have ahead of us with the Nations League and qualification for UEFA Euro 2020 excite me a great deal.

“I can’t wait to start working with the players as we prepare for those crucial games later in the year.”

Coleman left the Wales job in November to take over at Sunderland after failing to take his team to the finals of the 2018 World Cup.

He spent the next two seasons as Louis van Gaal’s assistant but left after Jose Mourinho was appointed manager at Old Trafford.

Meanwhile, former Scotland international Paul Lambert has been appointed as the new manager of Stoke City.

The 48-year-old has put pen to paper on a two-and-half-year contract and will officially take up his new role following tonight’s Premier League clash with Manchester United at Old Trafford.

Lambert, who had been linked with the vacant Scotland manager’s post, replaces Mark Hughes who was sacked after the FA Cup defeat to Coventry City nine days ago. His first game in charge will be at home against fellow-strugglers Huddersfield on Saturday.

The ex-Celtic and Borussia Dortmund midfielder launched his managerial career with Livingston before joining Wycombe Wanderers in 2006. After a spell with Colchester he recorded back-to-back promotions with Norwich to the Premier League.

However, arguably his greatest managerial achievement was keeping Aston Villa in the Premier League against all expectations in difficult circumstances. He has subsequently worked for Blackburn and more recently Wolves.

With the Potters deep in relegation trouble this season, the new manager’s priority will be using that experience to guide Stoke to safety.

Stoke vice-chairman John Coates said: “Paul has been successful in management at clubs with a strong and stable background and with local ownership – the kind of foundation we are able to give to our managers.

“We were determined to appoint someone with Premier League experience or an extensive knowledge of English football.

“We look forward to working with Paul and supporting him to help achieve our goals.”

In an illustrious playing career, Lambert was capped 40 times for his country, won four league titles with Celtic and played a key role in Dortmund’s Champions’ League triumph in 1997.